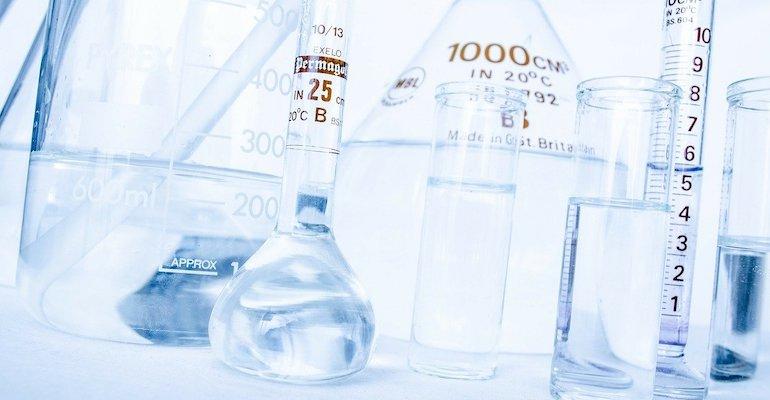 Powder & Bulk Solids provides a roundup of the biggest chemical industry stories that were published this August.

Major fires and explosions dominated chemical industry headlines throughout August, but late in the month attention shifted to Hurricane Laura’s impacts on Gulf Coast chemical facilities. MFG Chemical relocated its headquarters and Nouryon revealed plans for an expansion project. Powder & Bulk Solids editors selected these posts to provide our audience with an overview of some of the most interesting chemical industry-related developments that were reported in the last month.

6 Killed, 4 Injured in Chemical Factory Explosion
Six people were killed and four injured after an explosion at the Bluesky Chemical Co. in China's Hubei Province in early August. Officials opened an investigation into the cause of the blast.

Chemical Firms and Refiners Halt Work at Gulf Coast Plants
A number of prominent chemical manufacturing and oil refining companies shut down production facilities in Texas and Louisiana in preparation for the arrival of Hurricane Laura.

Fire Ignites at Hurricane-Ravaged Chemical Plant
Emergency personnel were called to the BioLab chemical production facility in Westlake, LA after damages from Hurricane Laura caused a chlorine leak at the site. The Louisiana State Police said a smoldering blaze ignited at the site following the leak.

US Specialty Chemical Markets Expand in July
The American Chemistry Council (ACC) reported that with continued recovery in the U.S. economy, US specialty chemicals market volumes rebounded by 1.9% in July.

Chemical Plant Explosion Leaves 2 Dead
Two workers died and four others received injuries in a blast and fire in mid-August at the Nandolia Organic Chemicals plant in Palghar, Maharashtra, India. Officials said a reactor was involved in the incident.

Crews Respond to Explosion at Brainerd Chemical Plant
Several fire departments were called to the Brainerd Chemical plant in Dunn, NC after an explosion occurred in a warehouse at the facility. Reports said the blast happened after sodium chloride and sulfuric acid were mixed.

Chemical Reaction Causes Fire at Somavrac Distribution Site
A chemical reaction is thought to be the cause of a fire that broke out at a Somavrac Group facility in Trois-Rivieres, QC that forced people living near the plant to shelter-in-place.

Nouryon Moves to Boost MCA Capacity
Specialty chemicals firm Nouryon is investing in a project at its manufacturing facility in Delfzijl, The Netherlands to boost the capacity and efficiency of monochloroacetic acid (MCA) production at the site.

CSB Chairman Issues Statement on Beirut Explosion, Fire
US Chemical Safety Board Chairman Katherine Lemos issued a statement on the massive explosion and fire that occurred in Beirut on Aug. 4, 2020.

MFG Chemical Moves Headquarters to Tennessee
Specialty and custom chemical manufacturer MFG Chemical moved its headquarters from Dalton, GA to a new site in Chattanooga, TN. The company said the relocation was initiated because it outgrew its former head office.