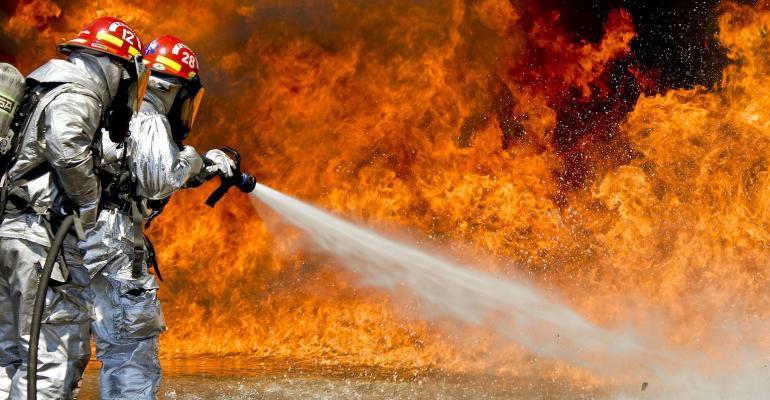 Representative image
A blast at a chemicals and pharmaceutical active ingredients plant left two workers dead and four others with injuries.

Two workers died and four others received injuries in a blast and fire Monday evening at the Nandolia Organic Chemicals plant in Palghar, Maharashtra, India, news reports said. Officials said a reactor was involved in the incident.

Firefighters and police responded to the facility after the explosion occurred in a chemical unit at about 7:30, local police said in a report by the Mumbai Mirror.

“The blast is believed to have occurred in the reactor during a process, shattering the window panes of adjoining pharma units too,” Pradip Kasbe, senior inspector of the Boisar Maharashtra Industrial Development Corporation (MIDC) police station, told the Times of India.

Nondolia Organic Chemicals is a manufacturer of industrial chemicals, aromatic chemicals, APIs, and pigments for local and export markets, including Europe and the US, coverage by The Indian Express said. The plant’s operator told law enforcement officials that the explosion was caused by pressure in the reactor.

A local official said in the Express that the reactor was being used to manufacture APIs when the blast happened.