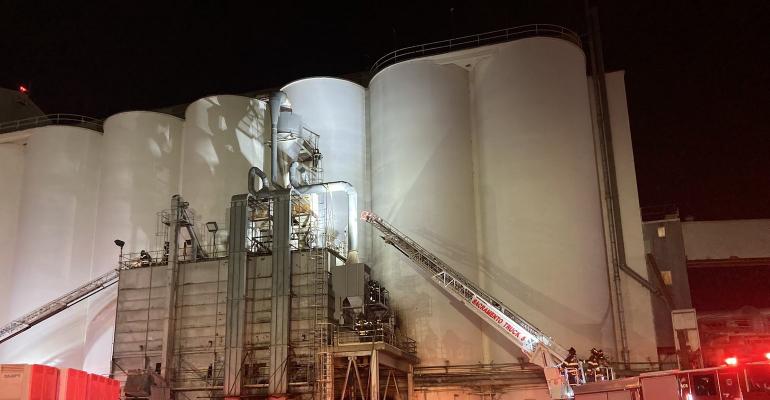 A blaze ignited in a dust collector at the Blue Diamond almond processing plant in Sacramento, CA in the early hours of Friday morning, drawing a response from local firefighters.

Crews were called to the A Street facility around 2 a.m. for a “small fire” in a dust collection system and holding bay, the Sacramento Fire Department said in a tweet. No injuries were logged during the incident.

Incident info: Just after 2am SFD was called out to the Blue Diamond Factory on the 1600 Block of A Street for a small fire in a dust collector and a holding bay. Firefighters will remain on scene for an extended operation to ensure extinguishment. No injuries reported. pic.twitter.com/5M0ZMZnco3

Flames also extended to some ductwork connected to the dust collector, according to NBC News affiliate KCRA. Firefighters experienced difficulties when dousing the fire because the dust collector was located at the top of a silo.

An investigation into the cause of the fire is underway.

A four-alarm fire broke out at Blue Diamond’s Sacramento site in May 2019, drawing over 100 firefighters in the response, Powder & Bulk Solids reported at the time. Three workers were injured.