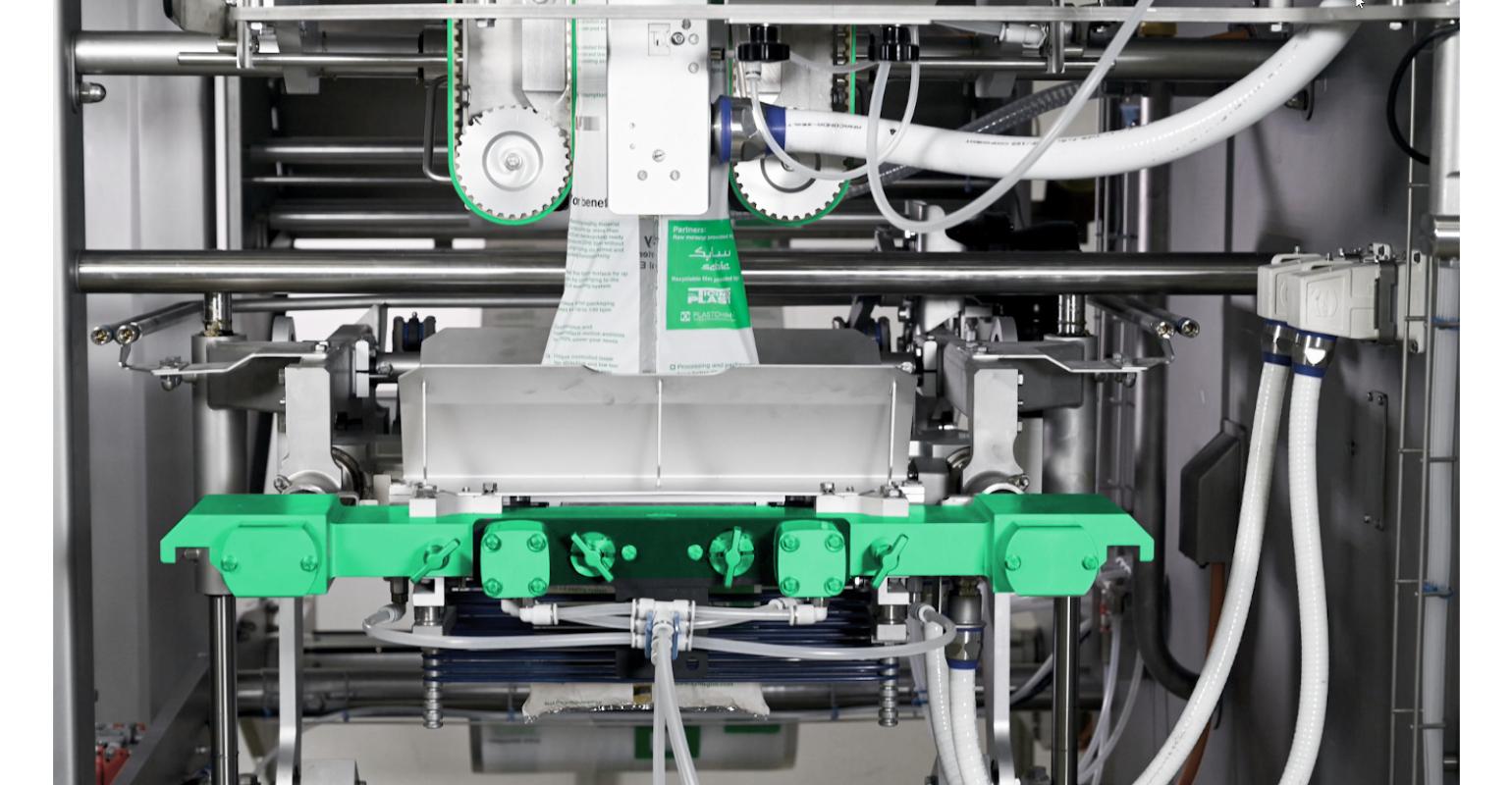 Syntegon Technology and Sabic have developed a sustainable packaging concept for the frozen food industry.

Syntegon Technology and Sabic have developed a sustainable packaging concept for the frozen food industry with a substantial material reduction potential.

Throughout the frozen food sector, pillow bags are the pack style of choice, with the majority currently made of LDPE. Driven by their mission to deliver sustainability without compromise, Syntegon joined forces with Sabic to find an alternative to LDPE films. The answer lies in the newly developed BOPE film from Sabic and the PHS 2.0 sealing system from Syntegon for vertical form, fill, and seal machines.

“Our concept enables the use of thinner films at higher speeds, whilst offering the same sealing quality and product protection as with LDPE,” explained Pierre Hamelink, director business, market, and sustainability strategy at Syntegon in Weert, Netherlands. By switching to BOPE, manufacturers can reduce film thickness to 20 micrometers. This thin gauge offers a potential packaging material reduction of 35-50% compared to blown PE films such as LDPE, and a cost saving potential of up to 30%.

Tests run on Syntegon machines show that the new material outperforms or performs just as well as conventional polyolefin monomaterial films. Its main benefit is substantial downgauging compared to LDPE films. Depending on product and machinery specifics, LDPE films typically range from 30 to 80 micrometers in thickness. The BOPE solution from SABIC is a monolayer film structure of only 20 micrometer thickness that offers the same level of puncture resistance and barrier protection as 30 micrometer LDPE films.

This PHS 2.0 sealing system includes servo-driven sealing jaws, an active knife, and two-sided heated sealing strips for more consistent, high-quality seals. The new sealing technology stands out for its material efficiency and speed: It reduces the required clamped film surface by up to 6.8% and increases the packaging speed by as much as 25% – up to 130 bags per minute. The increase in speed is achieved by reducing the sealing and cooling times by 50 and 30 percent, respectively.