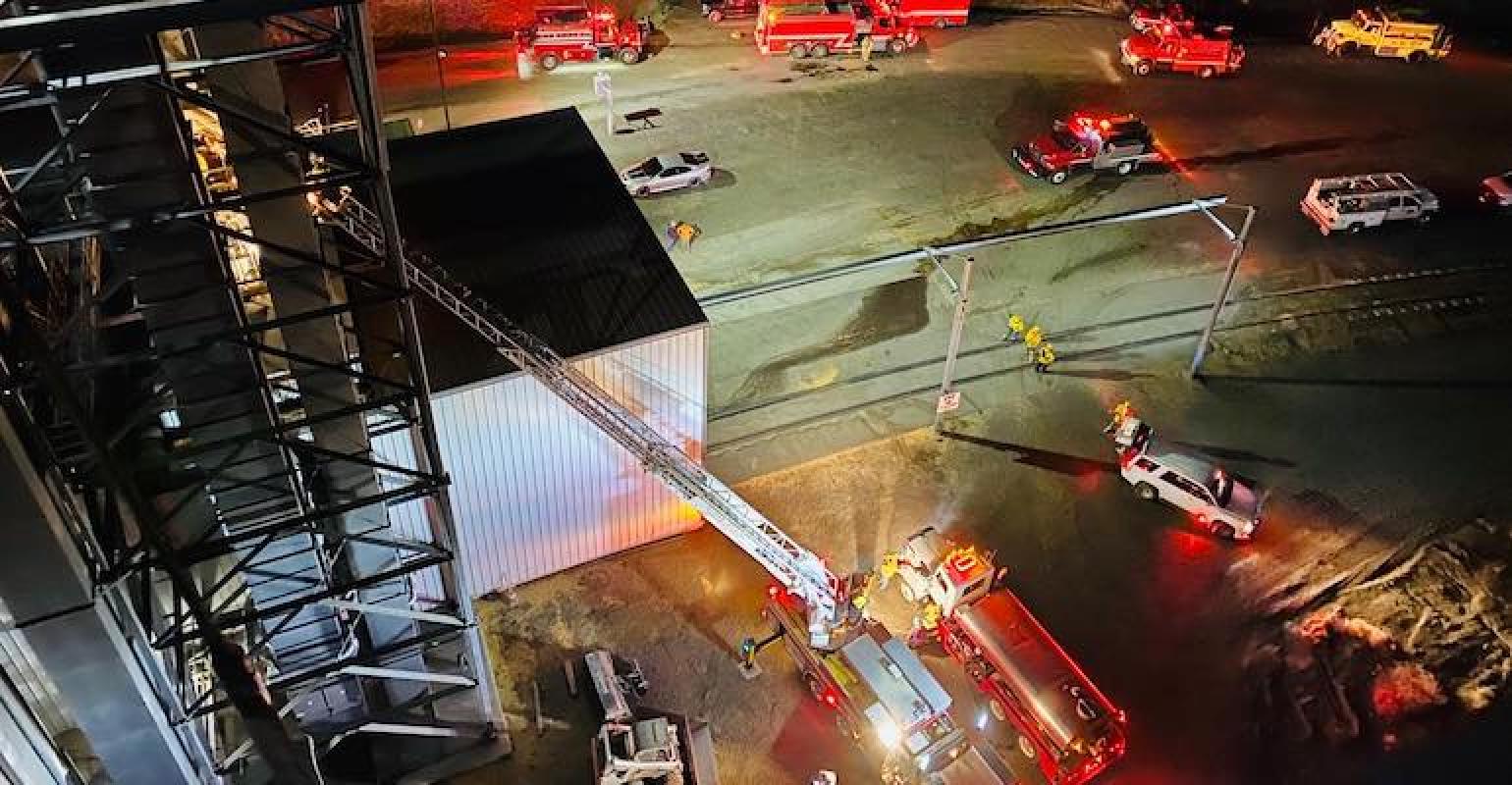 Fire crews were called to the McCoy Grain Terminal in Rosalia, WA last Saturday afternoon after a smoldering blaze ignited in the facility, according to the local fire department.

“Upon arrival, there was very little smoke showing. Just passing by, one would not think there was a fire. However, there were smoldering fires all throughout enclosed areas to include conveyors, dust collection bins, and grain pits,” the Rosalia Fire Department said in a post on its Facebook page.

The grain facility is operated by PNW Farmers Cooperative. After responding to the facility at about 3 pm, PNW staff provided firefighters with access to several areas of the plant to douse burning dust, grain and other materials, Rosalia Fire said. 1,000 ft of hose was used to reach the top of the structure.

Units from other area fire departments also responded to the incident. Rosalia Fire personnel returned to the site on Sunday to ensure that the fire was out.

“We want to thank the PNW employees for all their expertise and knowledge of the facility and help in extinguishing the fire. We also want to thank the fire departments that came to our mutual aid request,” Rosalia Fire said in the Facebook post. “This was a long and complicated fire, and we appreciate all the help.”