Machine Catches on Fire at Packaging Corp. of America Plant

Image courtesy of the Harrisonburg (VA) Fire Department on Twitter 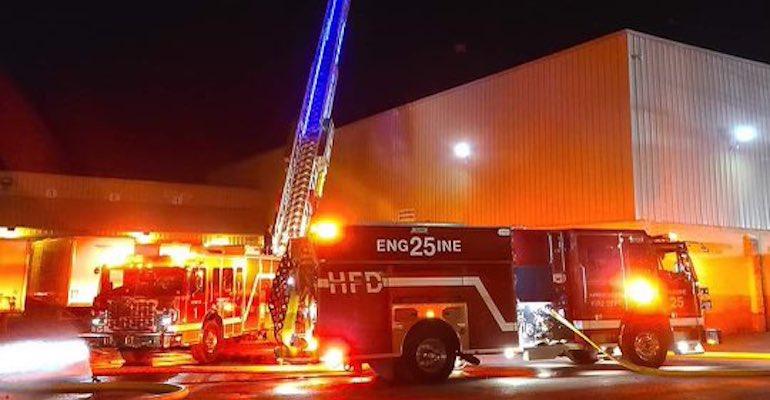 Firefighters were sent to PCA’s Harrisonburg, PA plant on Tuesday night after a 3-alarm blaze broke out.

A 3-alarm fire broke out in a machine Tuesday night at the Packaging Corp. of America (PCA) plant in Harrisonburg, VA, local news organizations reported.

Firefighters were called to the Pleasant Valley Road facility after the blaze ignited around 9 p.m., Mike Parks, director of communications for the city of Harrisonburg, told television news station WHSV.

The fire extended across the building and three rail cars at the rear of the structure also became involved in flames, Parks said in coverage by the Harrisonburg Daily News-Record. The newspaper noted that the structure is valued at $10.4 million.

.@HFDVA extends its deepest thanks to all of the departments, companies, rescue squads and agencies that assisted on the 3-alarm fire last night in the city & covered the City as well. Strong work by all personnel! pic.twitter.com/LOrpsBU5z5

Crews managed to douse the flames by 11:15 p.m., WHSV said. No injuries were logged during the incident.