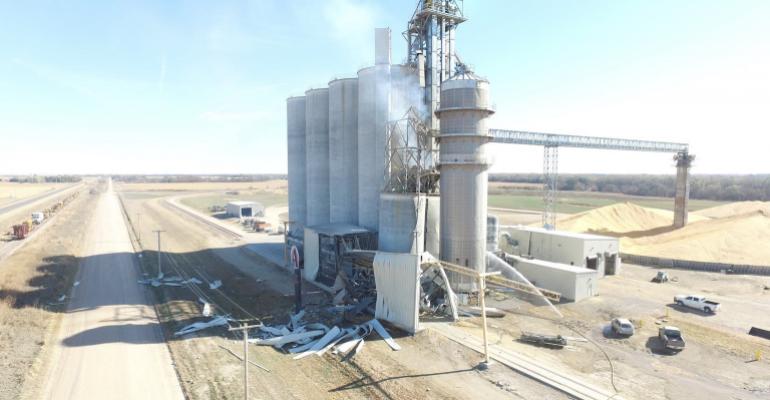 The blast at the Aurora Cooperative elevator in Nebraska also caused some damage to the structure.

Several fire departments were called to a reported explosion at the Aurora Cooperative grain elevator in Superior, NE this Saturday, officials said in a social media post.

Crews responded to the facility at 4:15 p.m. after receiving a 911 call and remained on scene through Sunday night, Nuckulls County Sheriff Department said in a statement on its Facebook page.

“Several injuries were reported but none serious,” the post said.

During the response, the sheriff’s department asked motorists to avoid a road near the plant and to refrain from stopping on the highway to observe the scene.

The department’s statement and media reports did not say whether or not dust was involved in the blast.

Aurora Cooperative told NBC News affiliate KSNB that an investigation is underway into the cause of the incident.

Earlier this year, the cooperative acquired a grain elevator and two ethanol plants in Aurora, NE from Pacific Ethanol Inc.