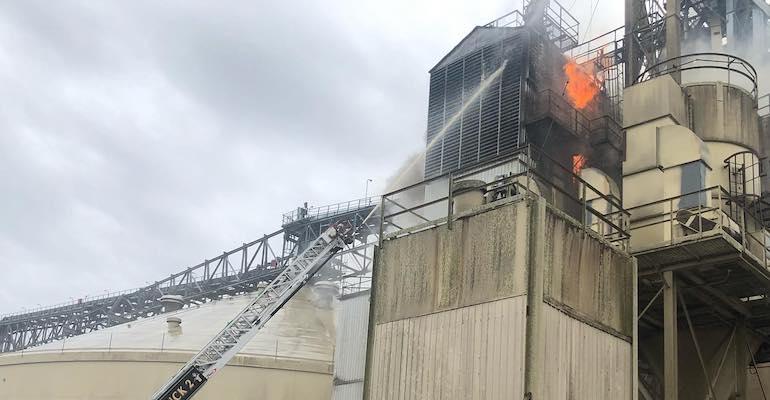 The company is working to determine the cause of the blaze at its Salisbury, MD facility.

A blaze ignited in a grain dryer at a Perdue Farms facility in Salisbury, MD on Monday, prompting a response from several area fire departments, Salisbury Daily Times reported this week.

Crews were called to the site at about noon, and firefighters worked with the company’s Emergency Response Team to bring the flames under control, Parsonsburg Volunteer Fire Department said in a Facebook post.

Perdue Farms expressed its gratitude for firefighters’ efforts in a statement to the newspaper and said that it is working with local officials to ascertain the cause of the fire.

The Perdue Agribusiness facility in Salisbury features grain storage assets, a soy crush plant, and an oilseeds refinery, according to information on the company’s website.

A fire broke out in a four-story grain dryer at another Perdue facility in Chesapeake, VA last week. Workers safely evacuated the facility during that incident.