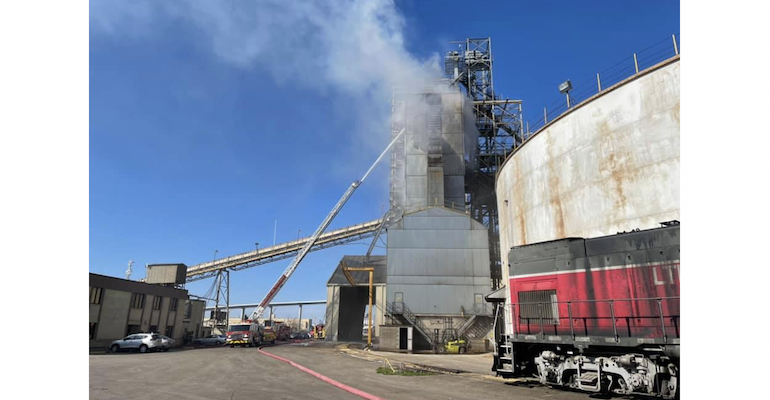 The four-story grain drying tower was heavily involved with smoke and flames when crews arrived on scene.

Firefighters were called to the Perdue Grain facility in Chesapeake, VA on Wednesday afternoon after a large blaze ignited in a four-story grain drying tower at the site, several local news organizations reported.

Crews responded to the site at about 1 p.m. after receiving notification of the fire and observed thick smoke and flames in the facility’s grain drying tower, coverage by television news station WAVY said.

“Fire was located in a tower designed to dry soybeans. This was a labor-intensive operation involving multiple high-rise lines and a ladder pipe,” the Chesapeake Fire Department said in a Facebook post.

Workers evacuated the facility during the incident and the fire was brought under control by about 4:40 p.m., according to CBS News affiliate WTKR.

No injuries were recorded during the incident, reports said. The cause of the fire is unknown.