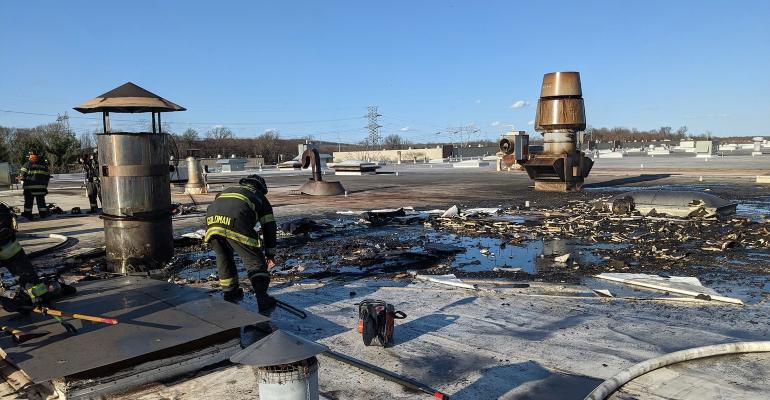 Crews worked for several hours to douse flames on the roof of a United Cocoa Processor plant in Delaware.

Crews arrived at the Pencader Drive facility and observed smoke and flames coming from the roof of the 190,000-sq-ft structure, the fire department’s statement said. The fire was brought under control and firefighters performed an overhaul.

Firefighters worked on scene for about two hours. No injuries were logged during the incident.

“The last fire at this facility, in 2015, resulted in the installation of fire-resistive roof insulation which helped to prevent a more severe incident,” Aetna Hose, Hook & Ladder Co. said.

In the 2015 incident, a malfunction in a bean roaster led to a large fire in the processing plant that left $250,000 in damage, DelawareOnline.com wrote.

United Cocoa Processor produces cocoa products, including cocoa butter, cocoa liquor, and cocoa powders for domestic and international confectionery manufacturers, according to its website. The company was established in 1992.