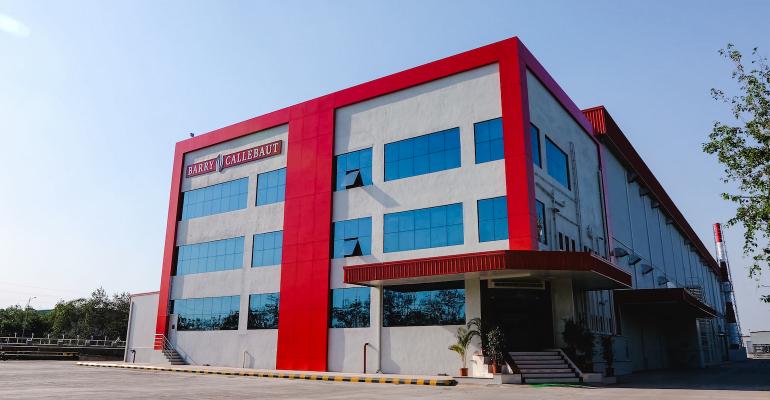 Cocoa processor and chocolate maker Barry Callebaut recently opened a new chocolate manufacturing site in Baramati, India, that will support the country’s growing confectionery market. The company announced in a recent release that new plant, located about 250 km southeast from Mumbai, features an R&D lab, warehouse space, and assembly lines that can compound and manufacture chocolate in a range of formats.

“The new factory in Baramati celebrates India’s rich chocolate heritage and marks a new milestone in Barry Callebaut’s history of direct investment in India. It underlines our commitment to the world’s second most populated country, a confectionery market with great potential,” said Antoine de Saint-Affrique, chief executive officer of the Barry Callebaut Group, in a statement. “In line with our ‘smart growth’ strategy, the new factory expands our local production footprint in the region.”

Up to 120 new jobs, including engineering and production roles, will be created when the 20,000-sq-m facility becomes fully operational. The plant will produce industrial chocolate to food manufacturers and confectioneries, as well as sustainable chocolate and compound products that sold under the Van Houten Professional brand in India.

“The opening of our new flagship chocolate factory marks an important step forward in advancing our business across more regions of India,” Dhruva Jyoti Sanyal, managing director for Barry Callebaut India, said in the release. “This new facility underpins our ability to deliver a broad portfolio of locally produced chocolate products that meet the increasingly diversified needs of consumers in India’s fast-growing chocolate and cocoa market.”

Barry Callebaut's Baramati site is its third chocolate factory in India and its biggest investment in the country thus far. Powder & Bulk Solids reported that the company broke ground on the new facility in July 2019. At the time construction work started, the factory had a planned capacity of 30,000 tn/yr of chocolate and compound.