Faulty Conveyor Eyed as Cause of Concrete Plant Fire 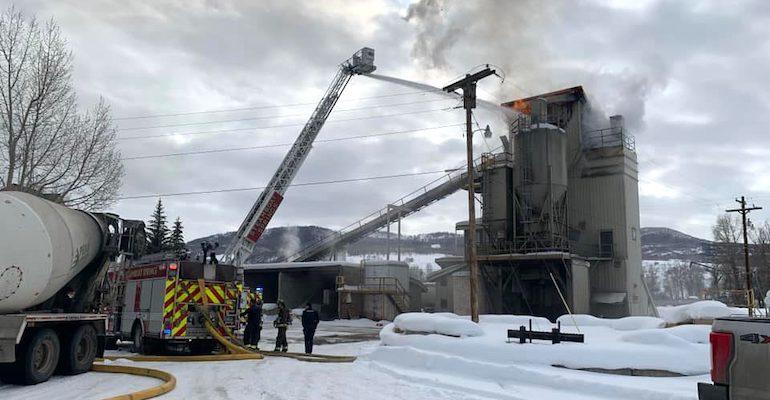 Local news outlets said the blaze ignited in the tower of a Peak Ready Mix facility in Colorado on Wednesday.

A fire ignited in a conveying system at the Peak Ready Mix concrete plant in Steamboat Springs, CO on Wednesday, creating a thick plume of dark smoke above the facility, local news organizations reported.

A faulty conveyor belt is being eyed as the cause of the incident, Steamboat Springs Fire Chief Chick Cerasoli told Steamboat Pilot & Today. The official said a tower where the conveyor was located became fully involved in flames.

Crews managed to contain the fire to one structure during the response and that no one was injured, Steamboat Springs Fire Rescue said in a statement posted to its Facebook page. Traffic was halted near the plant as firefighters worked the scene.

The fire was extinguished in about an hour, according to coverage by Steamboat Radio. Peak Ready Mix’s facility sustained heavy damage.

Holcim US to Produce Low-Carbon Portland at Illinois Plant
Apr 19, 2022