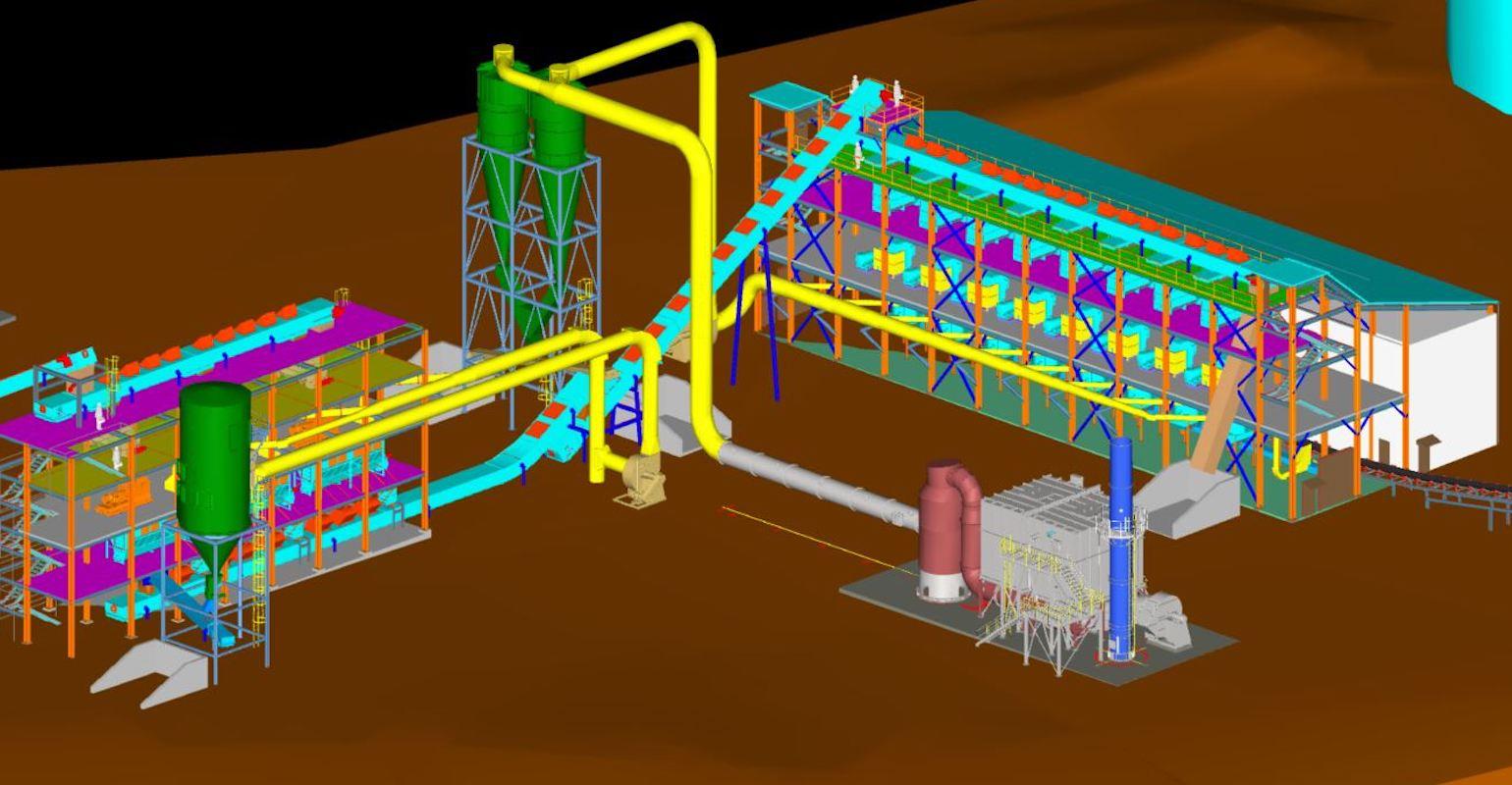 Image courtesy of Pinnacle
A 3D rendering of the planned Alabama Pellets facility in Alabama.

The new Alabama Pellets plant will have an annual production capacity of 360,000 mt when the facility commences operations in mid-2021.

A subsidiary of industrial wood pellets manufacturer and distributor Pinnacle Renewable Energy Inc., Alabama Pellets, is launching a $95 million project to build a new wood pellet production facility in Demopolis, AL, according to a release issued by the Alabama Department of Commerce Tuesday.

“Pinnacle and Alabama Pellets have been part of the Alabama business landscape since October 2018 and are proud to be part of the economic growth of this community,” said Pinnacle Chief Executive Officer Rob McCurdy in a statement. “Part of our commitment as a good corporate citizen in the communities where we operate is to think local, hire local, and use local vendors and contractors.”

The facility’s capacity will reach 360,000 mt/yr when it goes online by mid-2021. With the opening of the new site, Alabama Pellets also will hire at least 45 workers.

Because of the company’s job creation plans, the state granted tax credits of $848,000 over a decade-long period, the Alabama Department of Commerce said. Officials also approved an investment credit that totals $9.5 million.

70% of Alabama Pellets is owned by Pinnacle and the remainder of ownership is held by Westervelt Co. and Two Rivers Lumber Co. LLC.