ATF to Announce Cause of Fatal West Fertilizer Plant Explosion 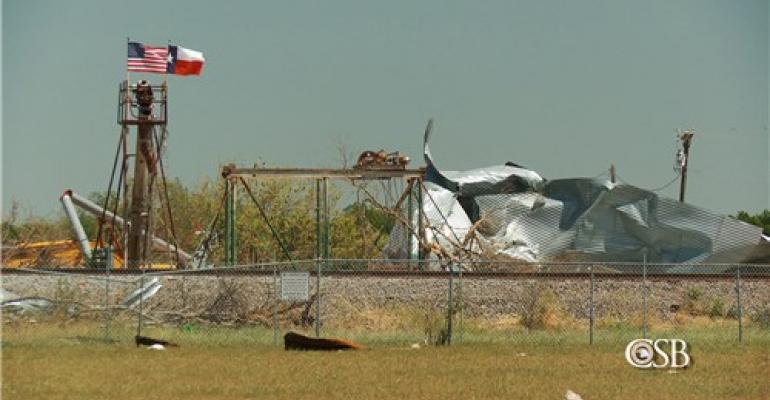 A photo of the West Fertilizer plant after the fire and explosion from the Chemical Safety Board.

Three years after a fatal fire and explosion at the West Fertilizer Co. plant in West, TX, the Bureau of Alcohol, Tobacco and Firearms (ATF) and the Texas State Fire Marshall’s Office (SFMO) will announce the origin and cause of the incident on Wednesday, the agency announced via press release on Tuesday.

A press conference held by the Houston Field Division of the ATF and the SFMO will be held on Wednesday, May 11 in West, TX at 1 pm EST. A livestream of the announcement will be available via the ATF’s Facebook page.

The fatal fire and explosion happened on April 17, 2013, resulting in 15 deaths and more than 200 injuries. On May 16, 2013, the Texas State Fire Marshall’s Office and the ATF announced at the conclusion of a joint scene investigation, which involved more than 20 regulatory agencies and law enforcement entities, that the cause of the fire and explosion was “undetermined.”

Robert Champion, the ATF Special Agent in Charge, said at the time that investigators had ruled out “rekindling of an earlier fire, spontaneous ignition, 480-volt electrical system, anhydrous ammonia, ammonium nitrate, smoking, and weather” as causes of the fire and explosion. Investigators said they were unable to eliminate a “120-volt electrical system, a golf cart or an intentionally set fire” as potential causes.

The US Chemical Safety and Hazard Investigation Board (CSB), an independent federal agency that investigates industrial accidents involving chemicals, that released its own findings on the cause of the West Fertilizer fire and explosion in January 2016, has accused the ATF-SFMO joint investigation of interfering with the CSB’s investigation.

“The joint ATF-SFMO control of the site as a crime scene limited CSB site access and delayed CSB investigator execution of evidence-gathering protocols, chemical testing, and witness interviews,” CSB’s final report on the incident noted. “Despite the limited access in the initial stages, driven by the criminal investigation, CSB continued with its investigation.”