Why Use a Bullet-Type Insert? 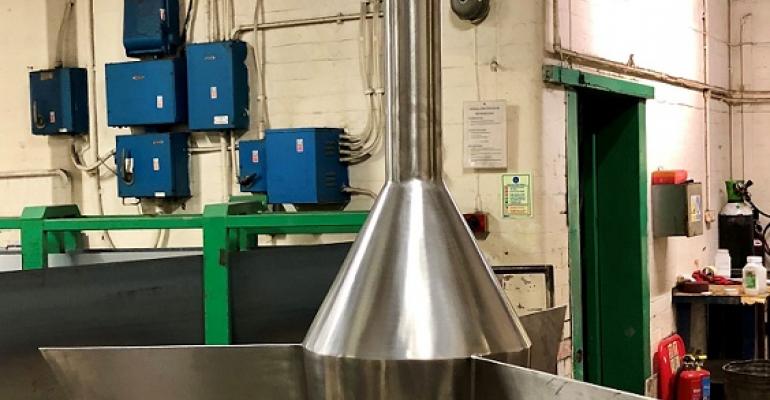 Flow inserts can be used for many different reasons, such as improving flow, reducing overpressures on feeders, rectifying segregation, and inhibiting “flushing.” More often than not they are installed as retrofits to overcome operating problems. In these cases, it’s important that they are well designed, based on powder flow testing, to ensure optimum benefits are achieved without introducing other problems.

In general, cone-in-cone and bullet types are used to improve flow by converting a flow regime from funnel to mass flow. Funnel flow occurs when the hopper wall is insufficiently steep and smooth enough to allow material to slide against it. As new material enters it flows down the funnel created by the stagnant material in contact with the wall to the outlet. This compares with mass flow where the entire contents of the hopper move to give a smooth discharge with no stagnant material residing in the hopper. So, the question is which type of insert is most appropriate for the application?

The key feature of the bullet-type insert is that it has a wall angle based on the difference between the angles of the conical hopper wall and that of the insert, relative to the vertical, being less than the critical mass flow angle. This may be compared with the cone-in-cone insert, where the inclination of the cone-in-cone wall from the vertical is half that of the basic cone angle. In the case of the commonly used cone with wall angle of 600 to the horizontal, the cone-in-cone annulus equates to a cone wall inclination of 150 to the vertical. where the required angle for mass flow may be less or more than 150, either of which can be generated by a correctly designed bullet-type insert. Therefore, the bullet-type insert can be employed in applications where a cone-in-cone type would not convert the flow regime from funnel to mass flow.

In principle both forms of insert can be applied to V-shaped hoppers. However, a limitation of a “V-in-V”-type insert is that it is awkward to reinforce the insert walls to contain flow pressures without compromising flow, whereas a modified bullet type can be stiffened by internal ribs as shown below.