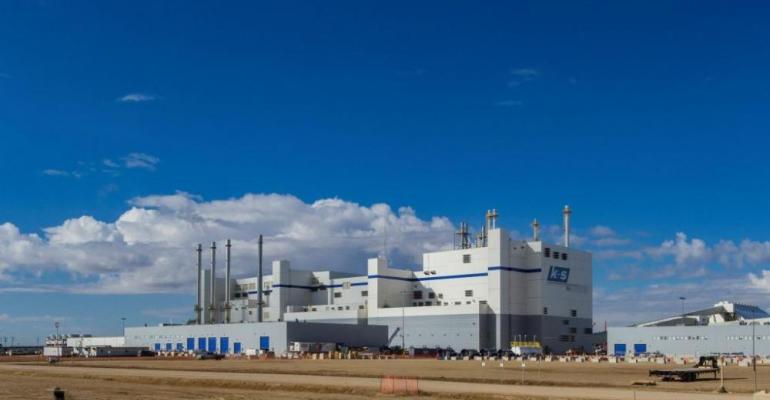 K+S has been mining and processing mineral raw materials for more than 125 years, with production sites in Europe and North and South America, and distribution networks across the globe. K+S is the world’s largest salt producer and one of the top potash providers worldwide. K+S Potash Canada (KSPC) is headquartered in Saskatoon, Saskatchewan, with its Bethune solution potash mine near Regina, Saskatchewan and a potash handling and storage facility located in Port Moody, British Columbia.

KSPC opened its Bethune facility in May 2017, its first new mine in Saskatchewan in nearly 50 years. A five-year project, it was a partnership with design and project management partner AMEC Foster Wheeler. The total investment, approximately $4.1 billion, was the single largest project in the history of K+S. The Bethune mine produces potash crude salt, which will be further processed into three potassium chloride products and will have a two-million-metric-ton annual capacity once fully operational.

Challenges
Project Costs. With the largest capital investment in its history, KSPC searched for opportunities to minimize costs and maximize return. Among these were maintaining capacity and efficiency.

All areas of the project were thoroughly reviewed to look for potential savings opportunities and the loadout area of the plant was identified as an opportunity. The loadout area is where finished product is reclaimed from storage and screened to remove agglomerated and/or broken and fine particles prior to railcar or truck loading.

Initial designs called for eight loadout screeners to meet KSPC’s target loading capacity. KSPC and AMEC Foster Wheeler questioned whether the target loadout capacity could be done in half the number of screeners. Such a reduction would significantly lower cost – not only through the number of screeners required – but also by eliminating added material handling equipment, chute work, and overall height requirements for the loadout building. 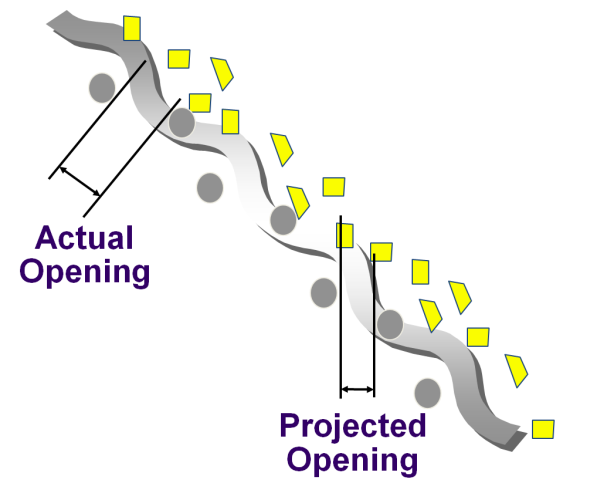 Plant Capacity & Efficiency. The eight screeners in the initial loadout circuit were configured in two separate circuits of four screeners each, with one circuit dedicated to KSPC’s fertilizer products and the other to an industrial-grade product. Both circuits were sized for the same reclaim capacity of 1300 metric tn/hr each. In addition to meeting capacity, KSPC wanted to optimize product recovery. As an example, the finished product specification for one of the fertilizer products required no more than two percent larger than 4 mm and no more than five percent smaller than 2 mm. Meeting this specification and maximizing product recovery requires handling high volumetric throughput, while simultaneously providing efficient separation performance. KSPC and AMEC Foster Wheeler began to evaluate options to meet these requirements.

Solution
Two primary screening technologies were evaluated to solve this challenge. One technology was a vibrating screener with a high inclined screen deck. This type of screener uses a steep slope screen deck, typically sloped at a 25 degree angle or greater, operating with a short linear stroke (1/8–3/4 in.) at a high frequency (900–3600 rpm). This configuration is beneficial in higher capacity applications since the steep slope provides increased conveying velocity. Coupled with the “pitch and catch” linear vibratory motion, this type of screener is capable of high volumetric throughput. However, there are trade-offs because the high velocity reduces retention time of material on the screen deck. While this motion is well-suited for conveying, it is not as effective for screening due to the reduced time material is against the screen surface. As a result, fine particles that should have been removed tail over into the finished product, and product quality suffers. 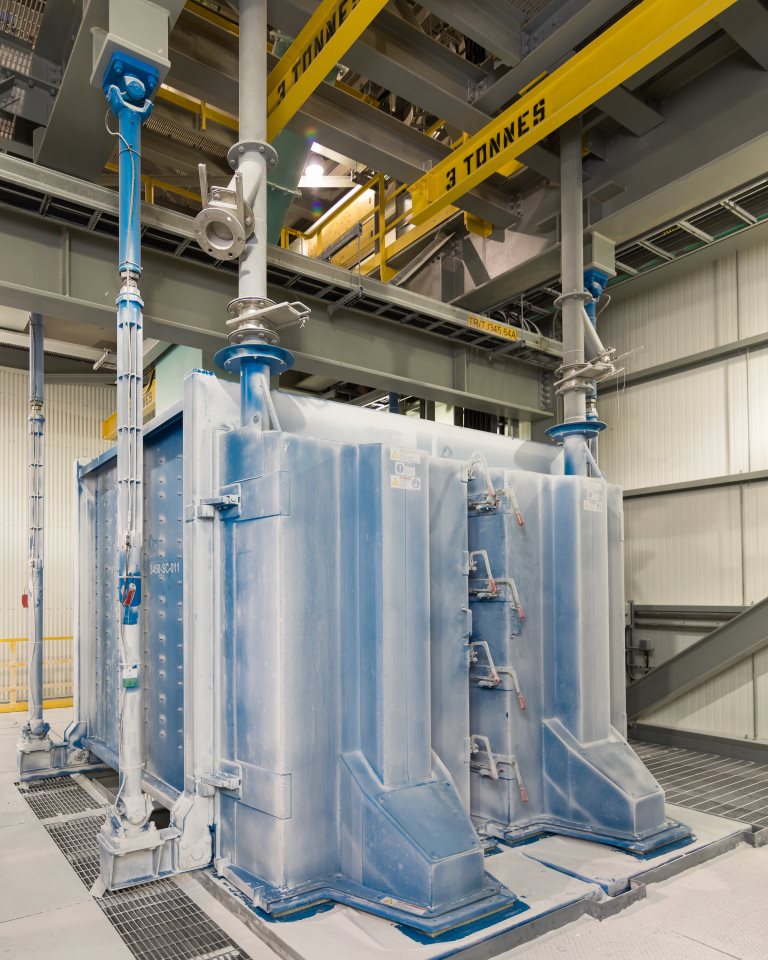 Another consideration with the high inclined vibratory screen deck is the actual screen opening compared with the projected screen opening. Figure 2 shows the effect that steeper screen deck angle has on the projected opening to the particles. The projected opening could be 85% of the actual screen opening, requiring a considerably larger opening screen to achieve the product specification. This increases the opportunity off-spec material will end up in the finished product on the top deck, or for product to be lost to the fines fraction on the bottom deck. Both scenarios make maximizing product recovery at high volume much more challenging.

The second screening technology is supplied by Rotex Global and is known as gyratory reciprocating screening. KSPC was familiar with Rotex having selected the Rotex minerals separator for a project in 2008 at a K+S GmbH potash mine in Germany.

Gyratory reciprocating technology is notably different from high-inclined vibratory screening. With a lower operating frequency (206 rpm) and long stroke (2½ in.), the gyratory reciprocating design of the Rotex minerals separator utilizes a combination of motions to maximize separation efficiency. The initial motion, as material enters the screen, is a gyratory ellipse, which immediately spreads the material with a long operating stroke. Finer particles are quickly stratified so they pass through the top screen deck or removed as fines on the bottom deck. The motion then transitions to a more elliptical-linear motion, conveying and spreading together to efficiently separate “near size” particles. Near size particles are defined as particles that are extremely close to the screen opening size and thus need more time on the screen surface to separate. The screen deck slope in the minerals separator is six degrees, making the actual screen opening nearly the same as the projected opening. The gyratory reciprocating motion combined with the long stroke and low angle of inclination provides optimal separation efficiency. 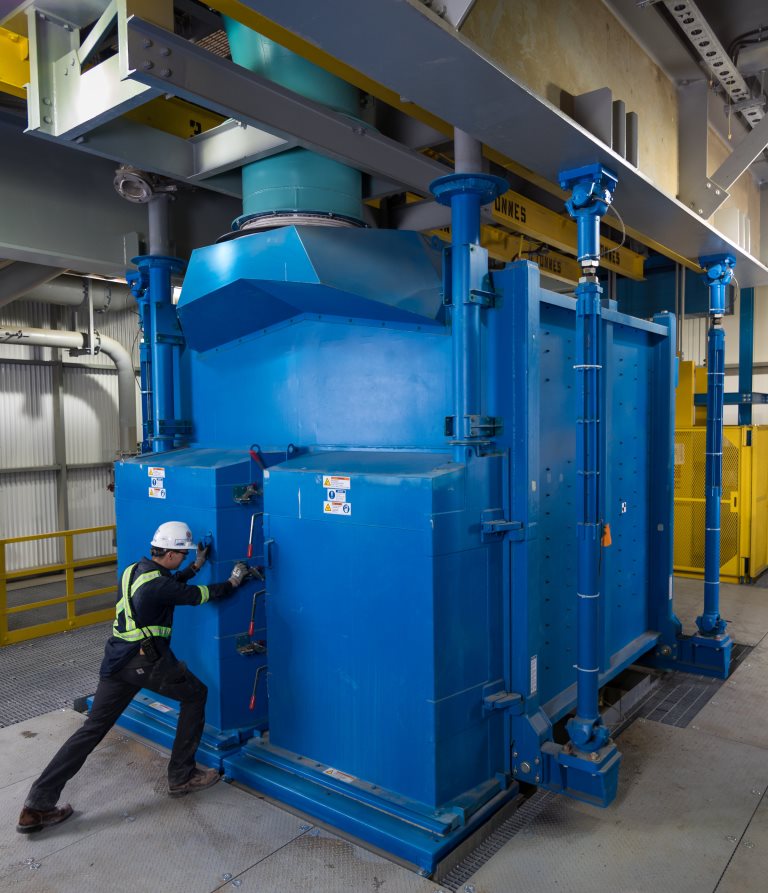 Following further evaluation and testing of the different options, KSPC determined that the gyratory reciprocating motion of the Rotex minerals separator offered the separation efficiency and high-volume capacity that was required for the loadout area. However, at that time the largest minerals separator Rotex had provided in potash for loadout was for a 500 metric tn/hr rate. Meeting KSPC’s requirement for a 650 metric tn/hr feed rate would require a larger version of the minerals separator, one that currently did not exist in the Rotex product line. Both KSPC and AMEC Foster Wheeler were willing to give Rotex the opportunity to develop a larger screener, with the ultimate goal of meeting capacity and product recovery objectives. Likewise, the loadout building cost would be much less. 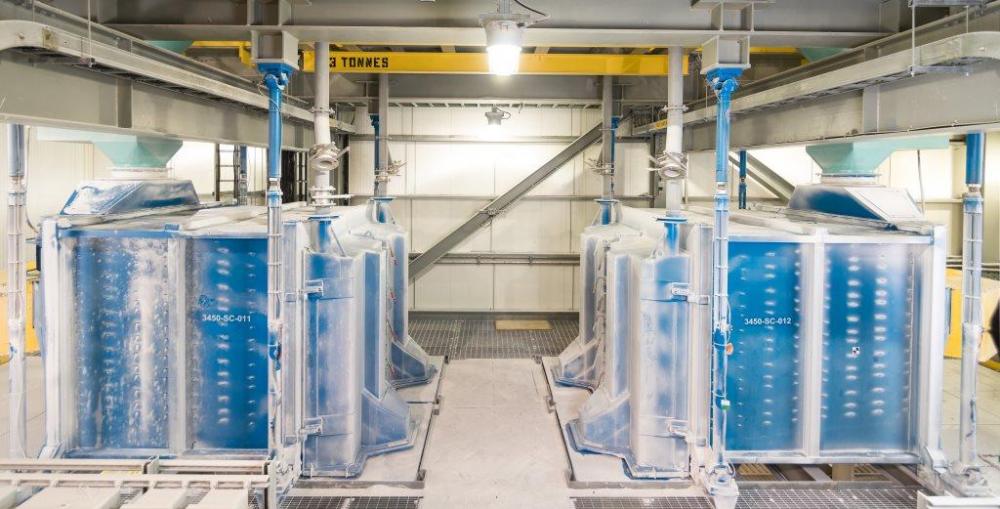 The result was the development and introduction of two new minerals separator models – the Model MM5430-2 for the fertilizer products and the Model MM5430-1-S for the industrial grade product. Two models were provided for each loadout circuit, with each minerals separator handling 650 metric tn/hr per unit. The total screening area was 430 sq ft per separation, a 40 percent increase in area over previous models.

Results
With the innovative mindsets of KSPC, AMEC Foster Wheeler, and Rotex, four of the largest minerals separators were provided for the largest project in KSPC history, pushing the boundaries in potash screening technology. The jumbo minerals separator models allowed KSPC to reduce loadout area costs by more than $1 million in screening and material handling equipment costs alone, while also reducing building height and footprint. Without compromising product recovery of on-spec material, increased loadout rates raised the bar for the industry.

“We’re currently progressing through our staged startup process,” said Kyle Leadbeater, KSPC dry end production superintendent. We aren’t 100% there yet, but we are on target to hit our goal of being fully operational by the end of this year. The Rotex equipment has been performing well. To this point, they’ve seen less production time than other parts of the plant, but they aren’t an area of the plant we have to go back and troubleshoot. They are getting the intended job done.”