Powder Mixing Challenges and How to Overcome Them 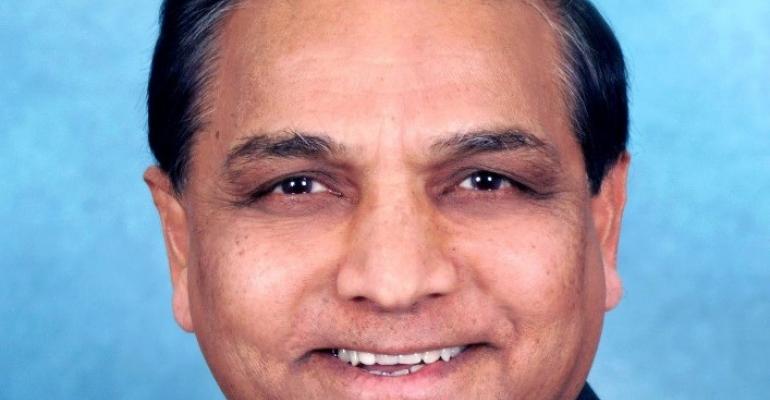 Mixing of powder and granular materials is key for the quality and performance of a wide range of products in many processes in the food, pharmaceutical, paper, plastics, and rubber industries. For a final product to comply with required attributes, three important features are required of the mixed product: flow, homogeneity, and sampling of the mix to evaluate mixedness of the product. Powder mixers (tumbling, convective, or high shear) are classified according to their mixing mechanism: diffusion, convection, and shear. The selection of the mixer depends on the particle characteristics, such as shape, particle size, density, and the amount of each component. Consideration of these factors will minimize the segregation potential. The mixer fill volume, mixing duration, and number of revolutions (in case of tumbling mixers) is critical.

Flowability can never be expressed as a single value or index. Flowability is the result of the combination of a material’s physical properties that affect material flow and the equipment used for handling, storing, or processing the material. The main motivation for producing free-flowing pharmaceutical powders is the establishment of consistent feed from bulk storage containers into feed mechanisms of subsequent processing operations. All these transfer mechanisms require appropriate powder flow behavior, which is dependent on both material properties and process equipment, as well as transfer equipment design. Interparticle forces, including van der Waals forces, capillary (liquid bridge) forces, electrostatic forces, forces leading to sintering and solid bridge formation, frictional forces, and others, can have a strong effect on the behavior of powder flow systems such as hoppers, risers, packed and fluidized beds, and pneumatic conveying. These forces are responsible for the cohesive properties of fine powders and their tendency to form aggregates or agglomerates. The introduction of even relatively small amounts of moisture may transform a free-flowing powder into something far more difficult to handle. So, understanding the effect of humidity on the material being handled and stored is essential for developing cost-effective operating strategies.

Many companies in the chemical process industries (CPI) experience flow problems and core flow behavior due to the cohesive nature of powders. Many times, modifying the design of the hopper discharging the material facilitates the flow that is particularly critical in the pharmaceutical industry where uniform flow of powder blend must be fed to the tablet press to obtain uniform dosage delivery. Mass flow hopper design prevents ratholing and pulsing flow of powders. The standard method to characterize flow properties of solid materials is the shear testing that provides the information for the yield locus of the solid in question. All the other flow properties (angle of internal friction, cohesion, flow function, kinematic angle of wall friction, etc.) of solids are also determined from the yield loci.

Segregation tends to occur whenever bulk material moves. Every handling or processing operation, therefore, gives rise to conditions in which segregation can take place. Segregation occurs where differential forces act on different fractions of the mass of bulk material. The differential forces at play are determined by the mechanics prevailing in specific material handling operations. Difference in most particulate properties can, in certain circumstances, cause a non-random movement of particles. Segregation occurs within a mixer when differences in particulate properties cause a preferential movement of particles to certain regions of the mixer. Differences in particle size, density, shape, and resilience are the properties most responsible for segregation. The types of segregation most commonly observed are percolation or sifting segregation, trajectory segregation, fluidization segregation, and dusting segregation.

Segregation generally occurs during the discharge of powder or granule mixture during the discharge from the mixer or from the product storage bins. In percolation segregation, smaller particles move through mixture of larger particles. In general, the larger the difference in particle size, the larger the extend of segregation. Fluidization segregation occurs when finer particles get aerated during the loading or unloading the product. Thus, dusting segregation occurs due to the difference in particle size between coarser and fine particles and their ability to suspend in the air as the blend material is discharged from the mixer or charged and discharged from the storage bin. There are several situations where excessive mixing in one form or another is not only wasteful of energy but also counterproductive.

To determine the quality of mix and characterizing it requires taking several samples and analyzing them. If the mode of action of a mixer is understood, sampling position can then be chosen so that slowly moving regions or sections having a propensity to show segregation can be considered. Sampling methods are designed to theoretically give representative samples and then assume that any sampling error is negligible. Because variations in powder blend samples would probably be a function of particle size distribution, it is not possible to measure the absolute efficiency of the technique. The relationship between the number of samples taken and the resulting accuracy in estimating the true standard deviation is a standard statistical measure of Gaussian distribution. Generally, the sampling problems increase as the quality of the mixture decreases. Biased sample selection is avoided if potential samples are selected using random numbers. Biased sample retrieval from the mixture is generally reduced if the sample is taken from a moving stream of the mixture rather than a static mass of particle. After determining the spread of composition, the results are reported as the variance.

In the pharmaceutical industry, blend homogeneity is of prime importance to assure that the drug substance is distributed uniformly in the powder/granule mix. The most common technique to sample pharmaceutical blend is to use sampling thief. Thief sampling has the advantage of allowing for the collection of samples in large-scale blenders and subsequent blending until the optimum blending time is achieved. Stream sampling is also an alternative to the use of sampling thieves. Stream sampling cannot target locations that are suspected of providing poor blending. The goal of stream sampling is to obtain representative samples and not to target specific locations. The blend is considered homogeneous when the active pharmaceutical ingredient is found to be within specification in the blend. The results obtained are usually reported in milligrams of active ingredient per gram of the pharmaceutical blend, and in terms of standard deviation or relative standard deviation of the drug content. To obtain reliable estimate, withdrawal of number of samples are required. Variability of samples taking by an individual, as well as variance that may occur during analysis, requires time and effort to determine the quality of the mix. Measurement of the mixing profile in real time with near infrared (NIR) provides the opportunity to study the dynamics of powder mixing. Advances in sensor technology such as NIR and data processing are enabling an increased number of parameters to be completely monitored using on-line procedures. Because of this automation, the amount of collectible test data has risen considerably, thereby enabling a more comprehensive statistical analysis.

In summary, mixing of powders requires a good understanding of particle physical attributes that make the composition of the blend, equipment design, and appropriate sampling technique to assure the quality of the mix as specified has been achieved.

Here are more articles that may interest you: