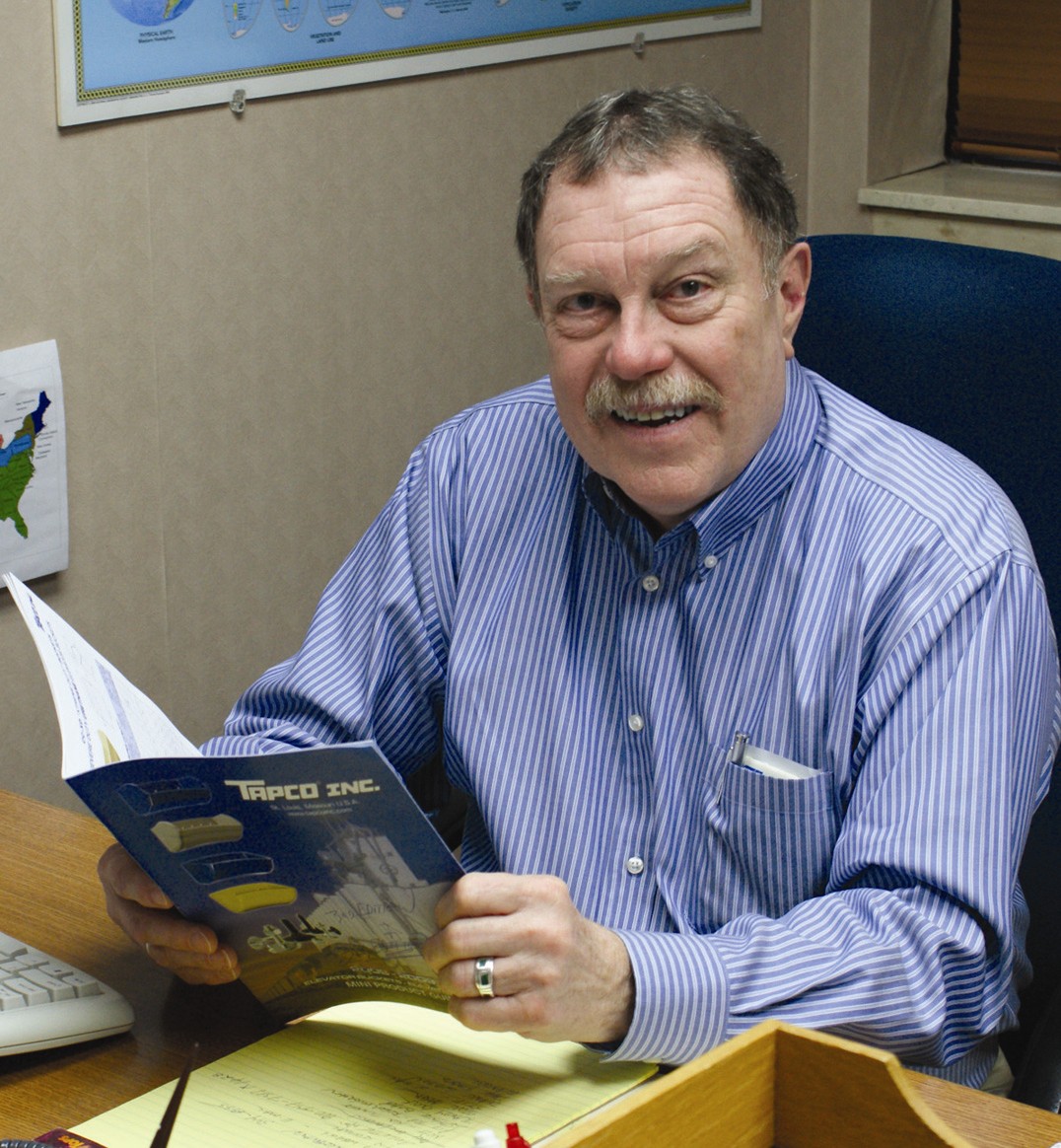 Ted W. Beaty, vice president and co-founder of Tapco Inc., St. Louis, retired as of January 1, 2010. Beaty and partner, Paul D. Taylor, founded Tapco (Ted And Paul COmpany) on October 8, 1974. In the ensuing 35 years, Tapco has grown to be one of the largest manufacturers of elevator buckets in the world.

Upon graduating from Arizona State University in 1964, Beaty joined the family business, Beaty Machine Works, in Keokuk, IA. After a merger with Bearing Headquarters in the early 1970s, he and Taylor started Tapco Inc. Beaty was instrumental in establishing the marketing and distribution aspects of the new company. He initiated the company’s export operations to Mexico and Canada in 1990. Beaty then expanded distribution in Australia, England, and the European continent – where Tapco maintains a warehouse in Germany, Central and South America, the Middle East, the Philippines, and a number of other countries where Tapco products are stocked through distribution. In 1993, Beaty led the way for Tapco to earn the coveted Missouri Agricultural Exporter of the Year award.

Beaty is a 25-year member of GEAPS, past member of IAOM, AFS, NIBA, and via Tapco, a member of many state grain and feed associations. Beaty is also an active and enthusiastic promoter of St. Louis and has served on the Governor of Missouri’s Commission for Marketing Missouri Agricultural Products.

Today, Tapco sells elevator buckets and elevator bolts coast to coast and exports to more than 50 countries around the world.

“I’m leaving with the best crew we have ever had in every department,” Beaty said.

Beaty is proud to have been associated with the agricultural and industrial industries for 45 years. He wishes all of his colleagues the very best in the future. In his retirement, he plans to travel with his wife, Robbie, and enjoy the wonders of the U.S. and the world.