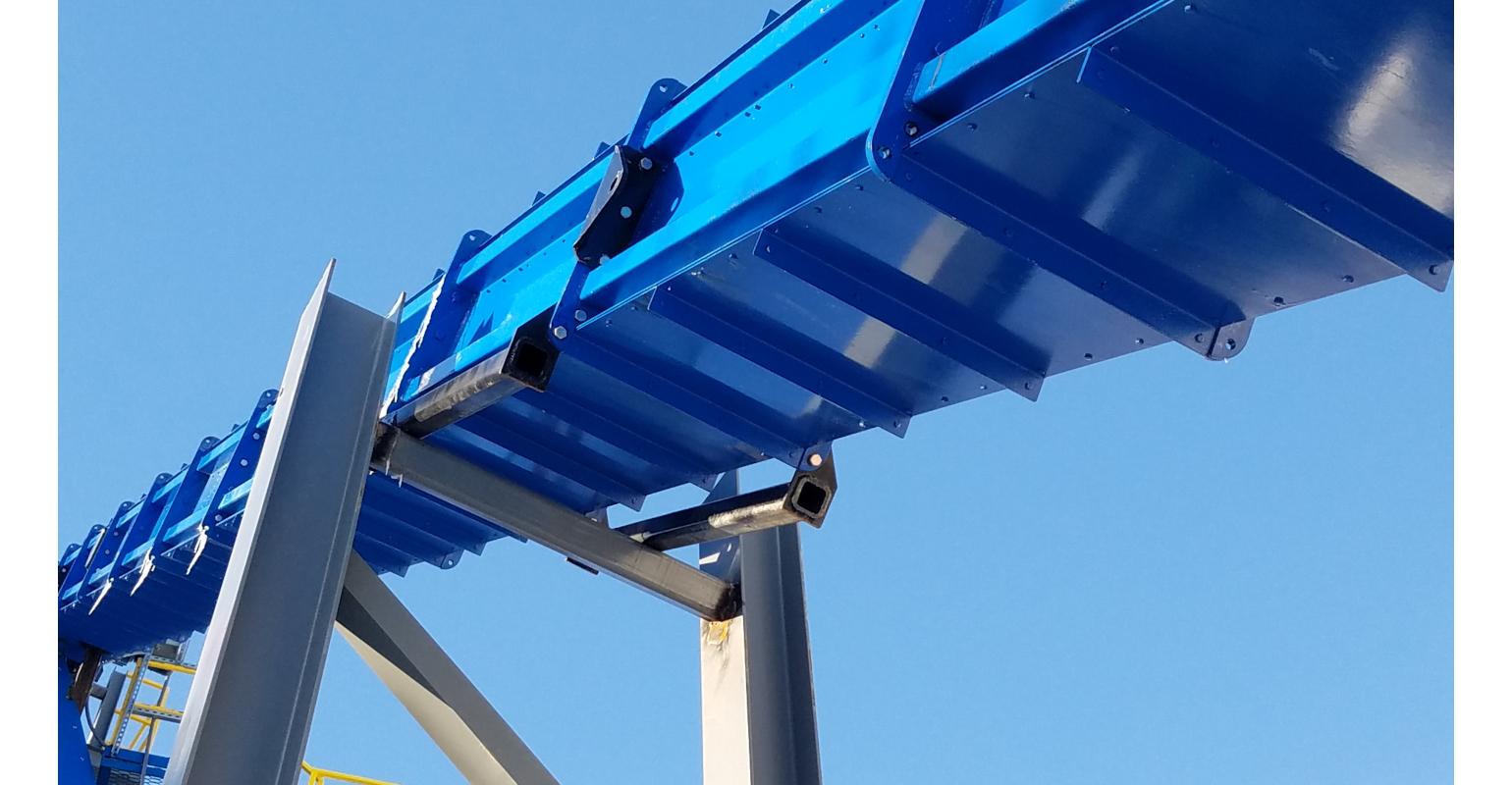 EPC firms, plants, and mills do not consider material handling when designing their layouts, and the result is often detrimental.

As an engineering and equipment manufacturer that specializes in bulk material handling, we see it too often: EPC firms, plants, and mills do not consider material handling when designing their layouts, and the result is often detrimental. Operations end up with inefficient layouts and poor-quality transfer equipment that requires more maintenance and longer downtime than would otherwise be necessary. Due to these problems, we suggest planning for material handling at the beginning of the design phase rather than waiting to the end.

Doing so upends the approach and engineers usually apply when designing a layout. Typically, engineers focus on islands of production through the majority of the project. They research and select the best equipment, analyze the process, and decide where equipment should be placed. This approach, of course, makes sense: production equipment is often a high-dollar expense, and attention follows the money. So only when all this has been settled and equipment purchased do engineers then consider how they’re going to tie everything together--often with the conveyors that come in at the lowest bid.

Conveyors, then, come in low on the priority list, not only because they are relatively inexpensive compared to production equipment but because they don’t produce anything. They also get deprioritized because engineers will commonly hold the attitude that “a conveyor is a conveyor,” as someone I spoke to a few weeks back said to me, as if all conveyors are essentially the same.

Of course, they wouldn’t say the same for other types of equipment, and we wonder why conveyors are so often met with a shrug. Perhaps because so many of the conveyors they encounter are poorly designed, but that is only a guess.

It may also have something to do with their approach. By deprioritizing conveyors and by accepting only the lowest bid conveyors, they are never exposed to better systems. They’ve come to expect the performance that accompany a poor layout and cheap conveyors.

By placing so low priority on conveyors, they set themselves up for this situation. There are many problems with the approach. First, in doing this operations tie production to low-end equipment, so conveyors often end up being a bottleneck in production. Maintenance personnel often miss this and instead (again) investigate the high-dollar machinery as the bottleneck issue. But the most expensive machine isn’t necessarily the issue. When conveyors break down and need repair, nothing gets to or can come out of the production equipment. Production thus relies upon conveyors that can operate without trouble.

The issue with breakdowns and maintenance compounds when you consider that time spent on those cheap, low-priority conveyors takes away from maintenance on those high-dollar items. We know of operations where conveyors constitute the majority of repairs—and therefore time. Does this really make sense?

Maintenance requirements for conveyors selected in the manner we described is worse than it would be otherwise, not only because of poorly designed conveyors, but because the layout lends itself to inefficiency. For example, an engineer may place two islands close together, thinking that it’s better because, after all, they can use a shorter conveyor. But that’s not necessarily the case. The closer the equipment, the higher the angle at which the conveyor must run. If the angle of the conveyor exceeds 45°, a second curve at the top of the conveyor will be required. Otherwise, the conveyor won’t empty properly. Depending on the angle of inclination of the material being conveyed, the conveyor may have to run nearly empty at an even more acute angle. A top curve will require much more maintenance because it is a stress concentration point. Higher angles also may have issues with material loss and require modifications to otherwise straightforward designs. In other words, they can be more expensive.

A poor layout may also mean that an operation must have multiple transfer points between conveyors. This is problematic because it creates opportunities for plugs to forms. Transfer points are often where the most problems occur with conveyors, especially if they aren’t designed well.

Deprioritizing material handling may actually mean an operation has to purchase more conveyors than they otherwise would because islands aren’t in ideal locations relative to each other. For example, we recently spoke with a paper mill that received boiler fuel on one side of the mill, but had its boiler on the complete other end. They literally had to transfer the fuel through the entire mill to get it where it needed to go.

There is also the issue of additional expense due to the conveyor design. While it’s true that you may save some money up front with a low-bid conveyor, it may not be as much as you expect--if you save money at all. Oftentimes, those savings are eaten up by the structural support the conveyors require. Many conveyors are built with weak sidewalls and therefore require support beams that run along the entire length of the conveyor and support towers every 20 ft or so. Often this expense is hidden because conveyor companies quote supports separately from the conveyors. The expense can be further blurred when operations house the cost of supports in a separate budget from conveyors, so a true picture of the entire conveyor cost never gets realized.

There are other issues with the process. Low-bid conveyors are not going to be dust tight; dust-tight machines cost more. So air pollution, workers’ health, fire hazards, and cleanup are going to be an issue. Also, if the conveyor isn’t right for the application, it may damage the final product: a screw conveyor or a chain conveyor with a chain that runs in the box will grind up pelletized or agglomerated materials, for example.

The worst-case scenario we have witnessed was two mills that failed solely because they bought junk conveyor systems. Their conveyors chains were at capacity while empty and, therefore, failed at startup. What’s worse, the conveyors required so much structural support that the steel likely cost as much as, if not more than, the conveyors. What is perhaps surprising is that at one of these mills the conveyors were designed by a well-known manufacturer.

But this doesn’t have to occur. We suggest researching material handling systems up front and prioritizing them with the rest of the production equipment. Identify experts early and let them educate you. When you’ve identified the best conveyors, name them in your bid requirements if you’re working with an EPC. That way, the price is contained in the bid package, and the conveyors won’t get the “last-minute” treatment. The result is a layout that’s efficient in and conveyors that are less likely to major on downtime.