The Little Speed Switch That Could 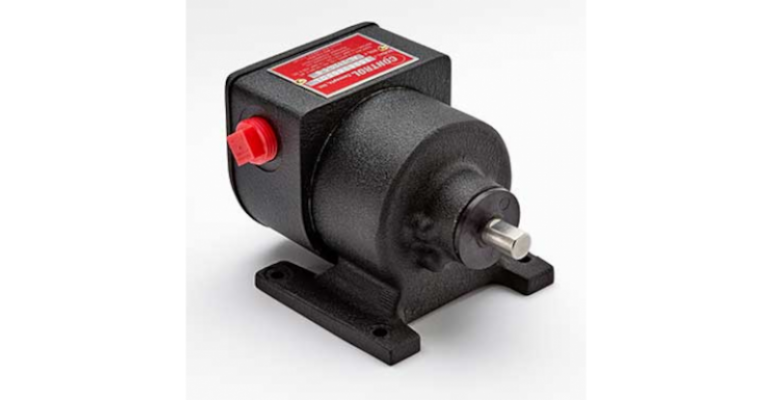 A DAZIC speed switch can run for decades when it’s installed correctly--and sometimes even when it’s not.

One of the world’s largest manufacturers of sustainable, fiber-based products had been using Control Concepts’ DAZIC speed switches since the early 2000s. The company produces paper, packaging, and pulp material for hygiene products, diapers, and pharmaceuticals, which are exported to 25,000 customers in 150 countries.

In 2006, the company installed DAZIC 8100 switches on its conveyor belts. Years passed, plant managers changed, equipment changed, and the DAZIC switches kept on running. The switches worked so well that people forgot they were even there.

In 2019, the fiber-based manufacturer changed its conveyor belts but did not check the DAZIC speed switch. Months passed before a sludge build-up was noticed. It wasn’t enough to stop operations, but as a precaution, the company sent it to Control Concepts to have it checked.

The DAZIC team opened the speed switch and found that all its parts were still working perfectly, but it was clogged with black, oily residue. They cleaned it up, and the speed switch was good as new. But DAZIC engineers wanted to find out the cause of the clogging, so they looked into how it was installed and what could have affected its performance. They discovered that the new conveyor belts had a quick start-up, which was incompatible with the DAZIC 8100 model the client was using.

The 8100 Series Zero Speed Switches are designed for slow-speed applications, and shaft input speeds of 0.5 to 25 RPM. The wear-and-tear from carrying a load beyond its design specifications could have caused the leaks. Despite this, the 15-year-old switch was still working—just dirty.

DAZIC sent back the switch, shiny and ready to resume work. DAZIC also recommended the more appropriate CI 2120 10/B model for the new conveyor system.

After learning why the switch failed, the client was impressed by DAZIC’s durability and the team’s commitment to find the cause of the problem and work on a better solution. “We have used DAZIC in many of our plants for nearly two decades. It is a brand and a company you can trust.”

The company continues to use DAZIC in all of its plants around the world.

“We take pride in DAZIC’s durability and dependability. We have numerous customers that have used the same switches for over a decade,” said Henry Tiffany, president of Control Concepts Inc., the manufacturers of DAZIC.

But for DAZIC to work efficiently, and prevent any equipment damage, it’s important to get the right speed switch for your application. That’s why Tiffany recommends contacting the company if you make any changes to the process or equipment.

The DAZIC team can then select the right model and show you how to properly mount and align it to prevent putting any extra load on the bearings.

“This is part of our commitment to customer service, and shows how much we stand by the quality of our products,” said Tiffany.