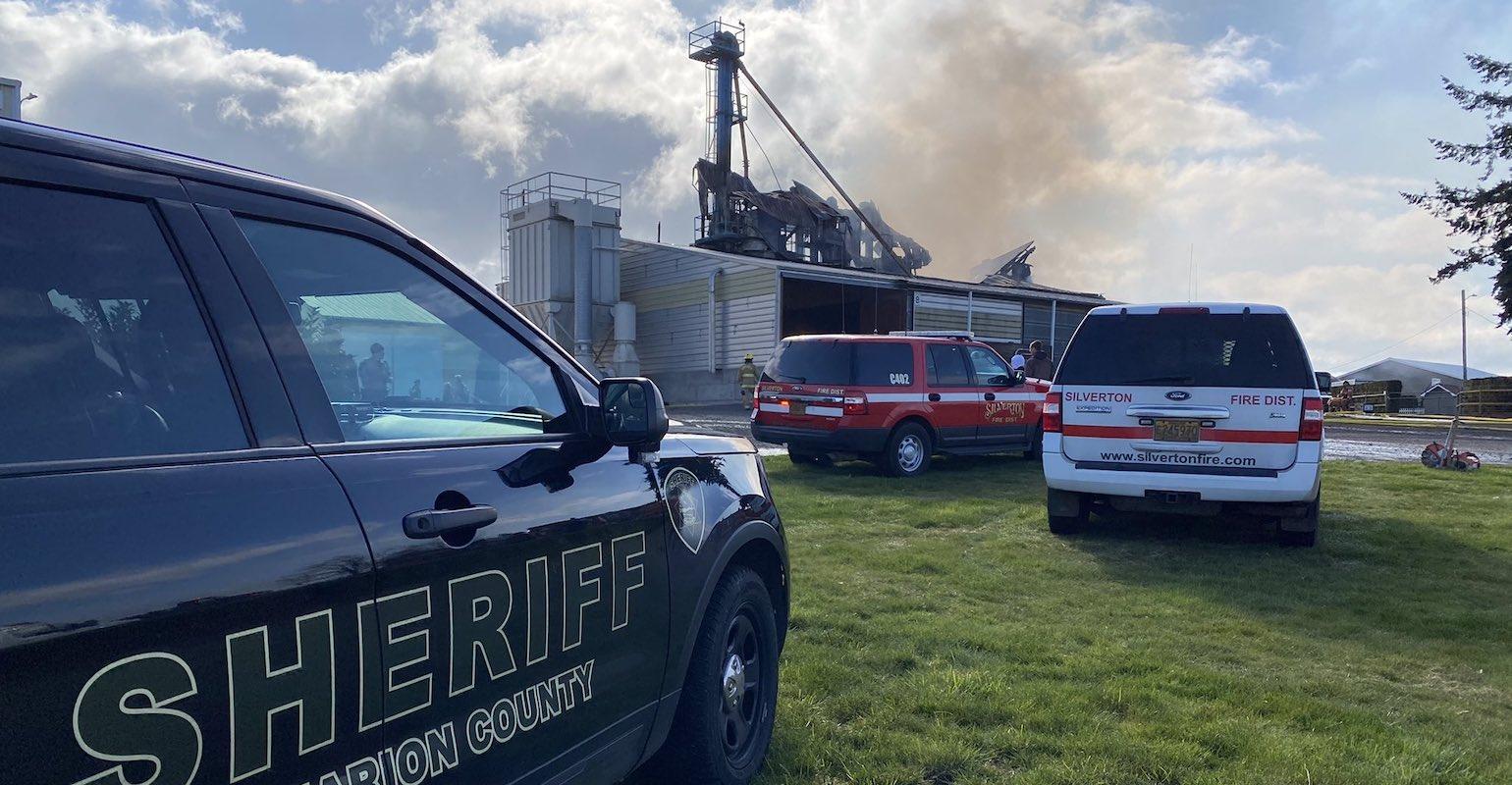 A combustible dust explosion ignited a large fire on the second floor of the Riches Seeds plant near Silverton, OR.

A worker lost their life in a dust explosion and fire Tuesday morning at the Riches Seeds seed cleaning plant near Silverton, OR, according to local news reports.

Emergency response personnel were dispatched to the Riches Drive NE facility at about 9 a.m. Crews observed heavy smoke and flames in the structure upon arrival, Silverton Fire District said in coverage by the Salem Statesman-Journal.

Dispatchers were informed that the fire may have trapped several people on the plant’s second floor, an account by news broadcaster KPTV said. One person died inside the facility during the three-alarm blaze and another was taken to a hospital to receive treatment for injuries.

Deputies are on scene of a commercial fire on Riches Dr NE, outside of Silverton. @silvertonfire is leading fire suppression efforts. No additional info is available at this point. pic.twitter.com/lYnBhqe1Sy

Officials told CBS News affiliate KOIN that the incident was a dust explosion.

Powder & Bulk Solids reported in February that three people were killed and five were injured in a dust explosion at an industrial building in Tuas, Singapore. Officials said that the explosion was caused by potato starch powder that was in a confined environment.

For more news on industrial fires and explosions, click here.