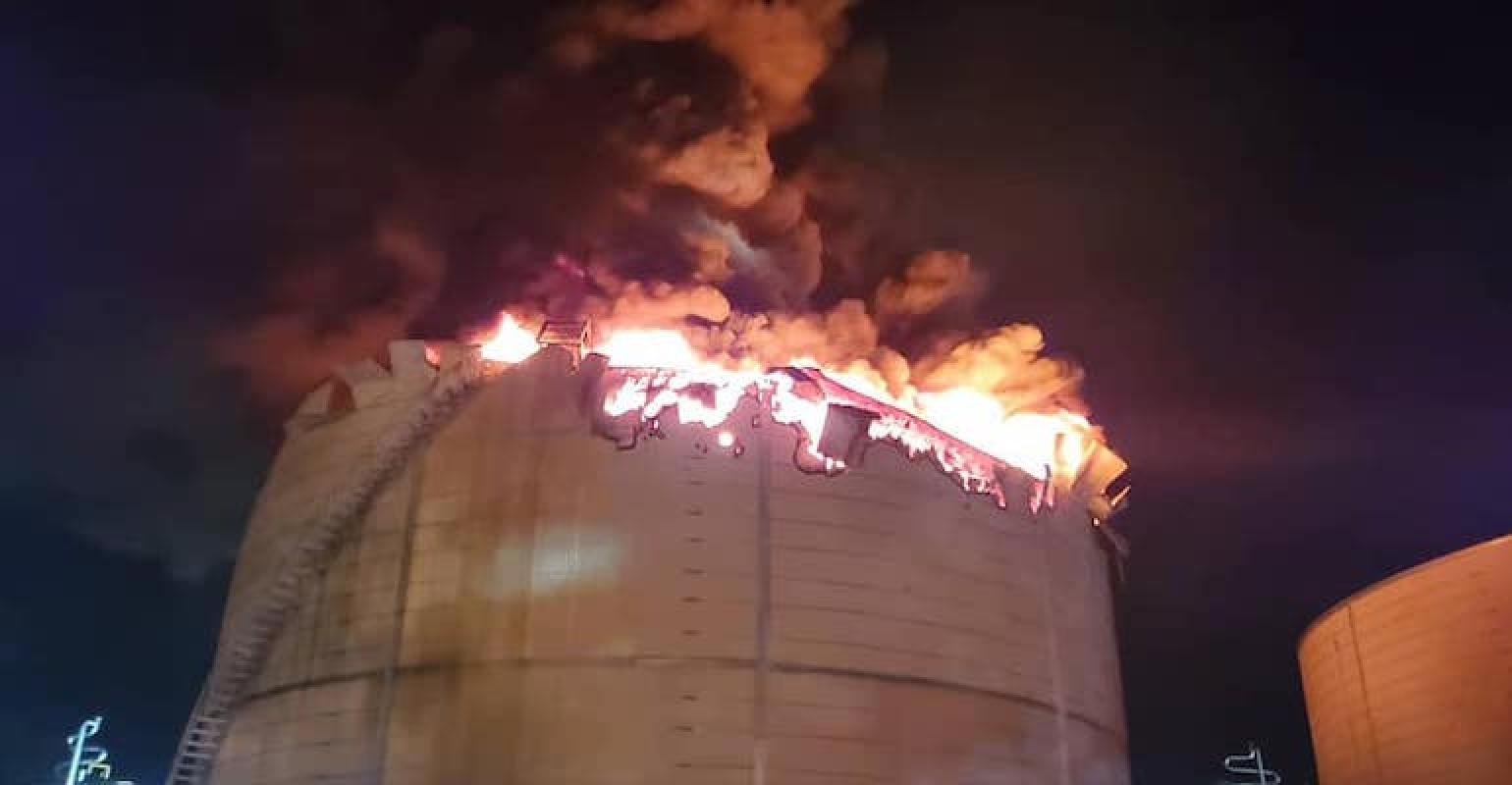 Firefighters responded to a holding tank explosion at an asphalt plant in New Jersey in the early hours of Tuesday morning.

Fire crews were dispatched to the Blueknight Energy Partners asphalt plant in Gloucester City, NJ in the early hours of Tuesday morning after a holding tank exploded and a fire ignited at the site.

The company told fire officials that “operations were underway when possible vapors ignited in the head space of one of the holding tanks,” the Gloucester City Fire Department said in a social media post. “An explosion caused damage to the top of the holding tank structure.”

Firefighters were called to the scene at about 12:50 a.m. After arriving at the site, emergency personnel started a level 2 HAZMAT response and began to monitor the air around the facility. Officials said asphalt and asphalt emulsion was involved in the incident.

People living on several streets near the plant were evacuated from the area during the response, Philly Voice reported. Crews managed to douse the flames by 8 a.m.

The incident did not cause any impacts offsite, according to Gloucester City Fire.