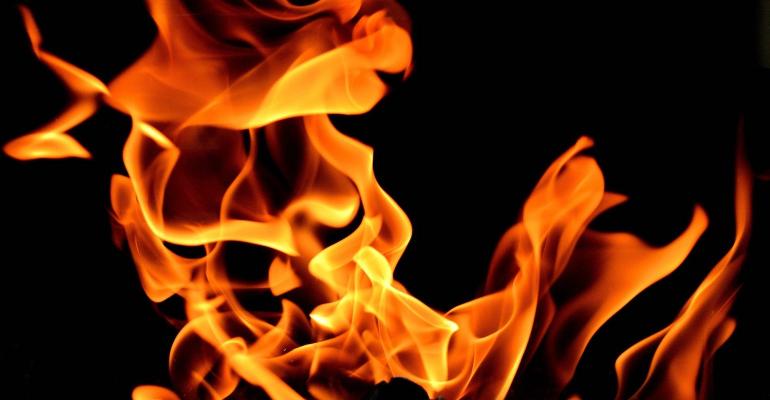 Representative image
Crews were sent to the firm’s Worcester, MA location Saturday after a container holding the mineral caught on fire.

Emergency personnel were dispatched to Saint-Gobain’s plant in Worcester, MA Saturday after a container holding iron pyrite caught on fire and the facility was filled with thick smoke, the Worcester Telegram & Gazette reported.

The blaze started after the mineral became wet and combusted, fire officials told the newspaper. Hydrogen cyanide was released as the iron pyrite burned, leading the fire department to declare the scene a Tier 1 HAZMAT incident.

Workers safely evacuated the plant during the incident, the Telegram & Gazette’s account said. An investigation into the fire is underway.

Saint-Gobain operates a manufacturing campus in Worcester that produces grinding and cutting wheels for a range of end markets, including industrial, aerospace, electronics, and medical. Iron pyrite, known as Fool’s Gold, is used as an abrasive material.