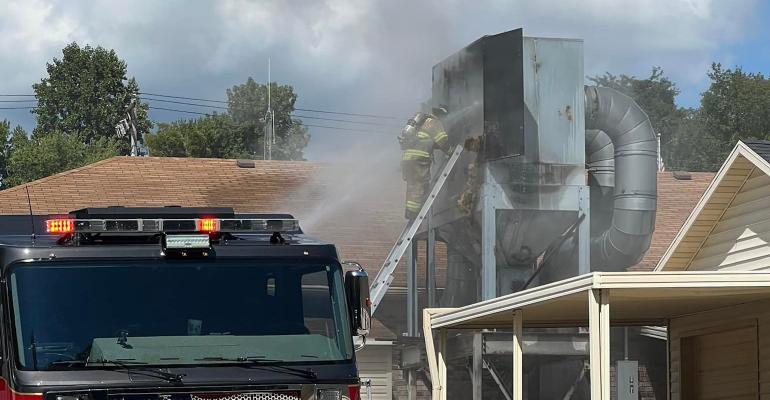 Firefighters working to extinguish a fire in a dust collector that broke out Monday afternoon at a Jefferson City, MO facility.
Local news reports said crews responded to a blaze at the Ron Irvin Cabinet Shop in Jefferson City, MO on Monday.

Firefighters were called to a dust collector fire Monday afternoon at a Jefferson City, MO facility and were on scene for several hours dousing the flames, local news organizations reported.

A dust collection system on the exterior of the East McCarty Street structure became involved in fire around 3 p.m., ABC News affiliate KMIZ said. The equipment was smoking when crews got to the location.

The Jefferson City News-Tribune identified the operator of the facility as the Ron Irvin Cabinet Shop. Crews departed the scene around 5 p.m.

Officials determined that the blaze was accidental in nature, according to coverage by news broadcaster KOMU.