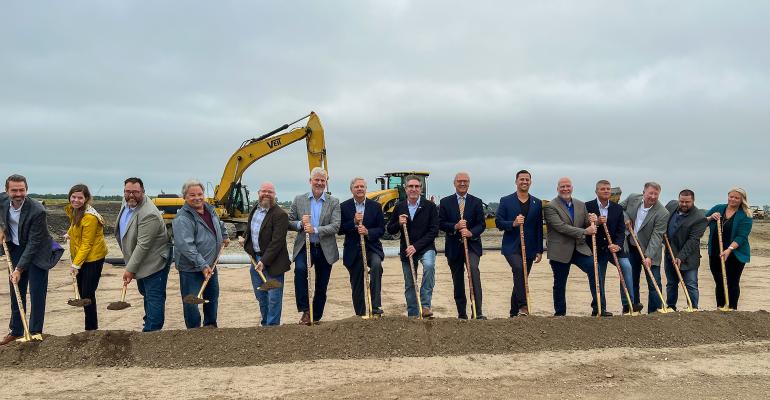 North Dakota Soybean Processors held an event this week to mark the breaking of ground on the new facility in Casselton, ND.

“This project is part of a tectonic shift in North Dakota agriculture and energy – shifting away from exporting all our raw commodities out of state for processing and shifting toward adding value to those commodities right here at home, reducing transport costs and improving the prices paid to soybean growers,” Gov. Doug Burgum said in a release. “We’re grateful to North Dakota Soybean Processors for this significant investment, which will create 50 to 60 quality jobs and generate greater economic activity and tax revenue that supports essential services and critical infrastructure, benefiting all North Dakotans.”

Slated to become operational in 2024, the North Dakota Soybean Processors facility will have a crush capacity of 42.5 million bu/yr.

“Eastern North Dakota is a national leader in soybean production. This new North Dakota Soybean Processors facility expands market access, increases value for local soybean producers, and drives investment back into the local communities,” said Sen. Kevin Cramer, who attended the event, in a statement. “Ventures like this are because of the hard work of state, local, and industry leaders working together to show North Dakota is a great place to do business.”