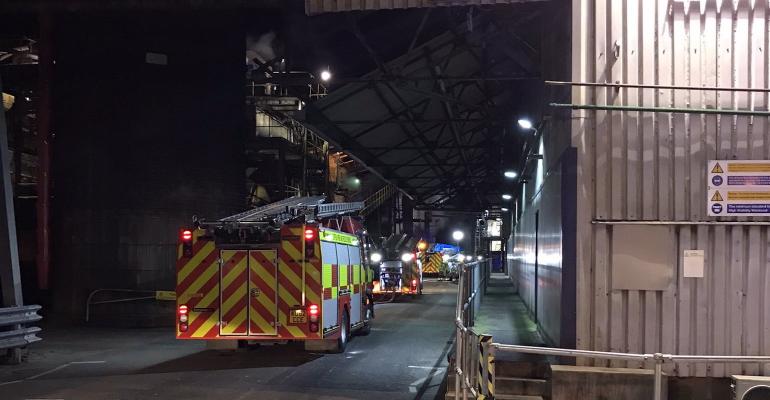 Firefighters were sent to the British Sugar plant in Bury St. Edmunds, England Sunday evening after a fire broke out in part of the facility, local news organizations reported.

“The fire started in the drying plants at the sugar beet factory,” Suffolk Fire & Rescue Service told the East Anglican Daily Times. “We worked with the onsite fire service and hose reel jets and additional cover jets were used.”

13 fire crews from across the area responded to the location after being called to the site at about 7:15 p.m., according to SuffolkNews.co.uk.

Firefighters were on scene until about 9:20 p.m., SuffolkLive.com said. No injuries occurred during the incident.