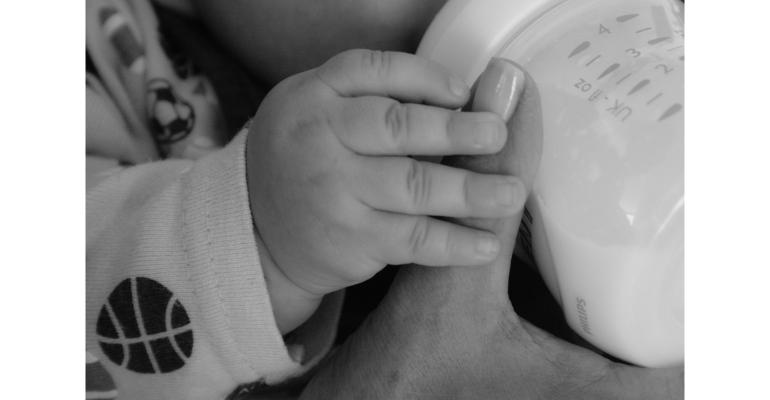 Today, the U.S. Food and Drug Administration (FDA) is unveiling draft guidance for industry on action levels for lead in processed foods that are intended for babies and children under two years of age, to help reduce potential health effects from dietary exposure to lead.

The proposed action levels would result in significant reductions in exposures to lead from food while ensuring availability of nutritious foods. Today’s action is part of Closer to Zero, which sets forth the FDA’s science-based approach to continually reducing exposure to lead, arsenic, cadmium ,and mercury to the lowest levels possible in foods eaten by babies and young children.

“For more than 30 years, the FDA has been working to reduce exposure to lead, and other environmental contaminants, from foods," said FDA Commissioner Robert M. Califf, M.D. “This work has resulted in a dramatic decline in lead exposure from foods since the mid-1980s.The proposed action levels announced today, along with our continued work with our state and federal partners, and with industry and growers to identify mitigation strategies, will result in long-term, meaningful and sustainable reductions in the exposure to this contaminant from foods. For babies and young children who eat the foods covered in today’s draft guidance, the FDA estimates that these action levels could result in as much as a 24-27% reduction in exposure to lead from these foods.”

Foods covered by the draft guidance--Action Levels for Lead in Food Intended for Babies and Young Children--are those processed foods, such as food packaged in jars, pouches, tubs, and boxes and intended for babies and young children less than two years old. The draft guidance contains the following action levels:

The FDA considers these action levels to be achievable when measures are taken to minimize the presence of lead and expects that industry will strive for continual reduction of this contaminant. The baby foods have differing action levels, to account for variances in consumption levels of different food products and due to some foods taking up higher amounts of lead from the environment. Action levels are one regulatory tool the FDA uses to help lower levels of chemical contaminants in foods when a certain level of a contaminant is unavoidable, for example due to environmental factors. To identify the action levels for categories of foods, the agency considered, among other factors, the level of lead that could be in a food without dietary exposure exceeding the FDA’s Interim Reference Level, a measure of the contribution of lead in food to blood lead levels.

Just as fruits, vegetables, and grain crops readily absorb vital nutrients from the environment, these foods also take up contaminants, like lead, that can be harmful to health. The presence of a contaminant, however, does not mean the food is unsafe to eat. The FDA evaluates the level of the contaminant in the food and exposure based on consumption to determine if the food is a potential health risk. Although it is not possible to remove these elements entirely from the food supply, we expect that the recommended action levels will cause manufacturers to implement agricultural and processing measures to lower lead levels in their food products below the proposed action levels, thus reducing the potential harmful effects associated with dietary lead exposures. Although not binding, the FDA would consider these action levels, in addition to other factors, when considering whether to bring enforcement action in a particular case.

“The action levels in today’s draft guidance are not intended to direct consumers in making food choices. To support child growth and development, we recommend parents and caregivers feed children a varied and nutrient-dense diet across and within the main food groups of vegetables, fruits, grains, dairy, and protein foods,” said Susan Mayne, Ph.D., director of the FDA’s Center for Food Safety and Applied Nutrition. “This approach helps your children get important nutrients and may reduce potential harmful effects from exposure to contaminants from foods that take up contaminants from the environment.”

As part of the approach, as laid out in 2021 when the FDA released Closer to Zero, the agency is committed to assessing if action levels should be lowered even further, based on evolving science on health impacts and mitigation techniques, and input from industry on achievability. We expect the draft action levels announced today, along with the draft action levels for lead in juice announced in 2022, will result in even lower levels of lead in the U.S. food supply. Moving forward, the agency will continue to gather data and collaborate with federal partners to establish the scientific basis for establishing Interim Reference Levels for arsenic, cadmium and mercury. Additionally, the FDA is considering the more than 1,100 comments it received in November 2021 during the “Closer to Zero Action Plan: Impacts of Toxic Element Exposure and Nutrition at Different Crucial Developmental Stages for Babies and Young Children” public meeting to inform its strategy moving forward for future planned action on contaminants and fostering engagement, education and sharing of public data and information.

The FDA will host a webinar in the near future to provide an overview of the draft guidance and answer stakeholder questions.