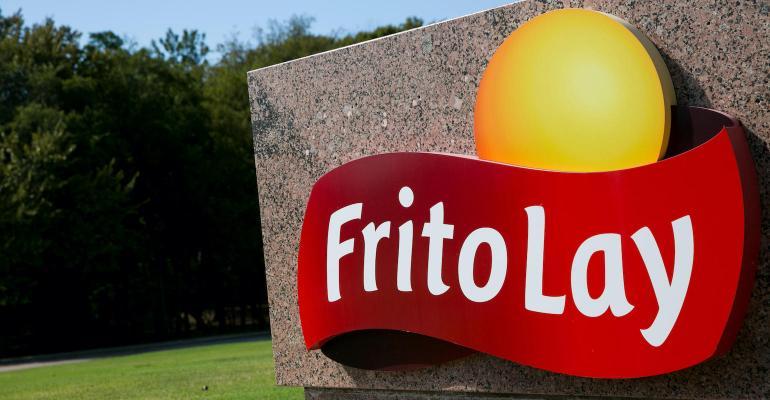 A logo sign outside of the headquarters of Frito-Lay, Inc., a subsidiary of PepsiCo, in Plano, Texas on Sept. 12, 2015.
Firefighters doused flames in an industrial oven at the Cambridge, ON potato chip manufacturing facility Tuesday night.

A blaze ignited in an industrial oven at the Frito-Lay manufacturing plant in Cambridge, ON Tuesday night, according to coverage by CTV News Kitchener. Workers evacuated the plant after the fire started.

No injuries were reported during the incident. Officials told the news broadcaster that crews were able to contain the flames to the equipment.

An investigation was opened into the cause of the fire.