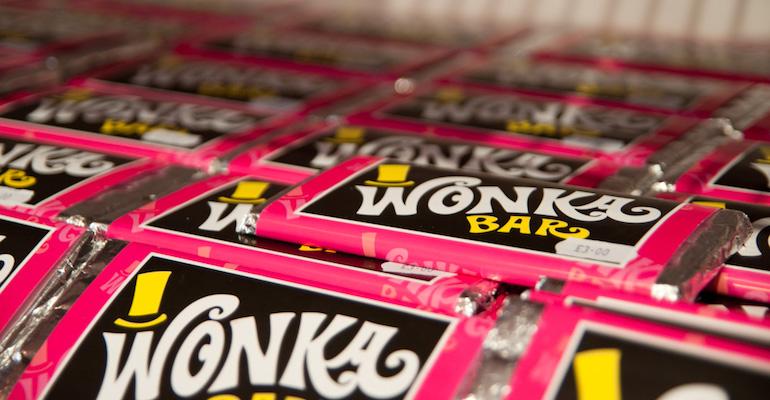 This Wednesday marks the 50th anniversary of the release of the 1971 film, “Charlie and the Chocolate Factory,” a story of a young boy named Charlie who gets a chance to win ownership of the world’s greatest confectionery manufacturing plant.

Starring Gene Wilder, the movie traces a group of children as they tour the colorful candy wonderland and vie to become its owner. But as the story unfolds, we see that Willy Wonka’s factory also contains a number of industrial hazards. Several children are injured by equipment, products, and processes over the narrative.

To commemorate the debut of the musical, Powder & Bulk Solids provides a look at five lessons manufacturers can take away from “Willy Wonka and the Chocolate Factory.”

Be Careful Around Equipment

Chocolate-loving German boy Augustus Gloop offers a prime example of why it is important to exercise extreme caution around equipment. In his zeal to drink from the factory’s chocolate river, he falls in and is sucked up into a pneumatic conveyor.

After he created a clog in the piping, Wonka calmly explains, “Oh the pressure will get him out. Terrific pressure is building up behind the blockage.” Pressure then shoots Augustus through the tube into the plant’s fudge room.

One could only imagine how OSHA would’ve handled that situation. This scene illustrates why it is important to ensure that staff and plant visitors are careful around equipment.

Product Safety is of the Utmost Importance

When Violet Beauregard grabs a piece of chewing gum from Wonka and plops it in her mouth, she has no idea that she is risking her health. In the film, the gum is under development to give chewers the experience of eating a three-course dinner and dessert. But the girl soon finds out that there were some dangerous kinks in the product.

As she reaches the dessert portion, blueberry pie, Violet’s skin begins to expand and turn blue. Wonka calls his Oompa Loompa workers to “roll the young woman down to the juicing room” for “squeezing.”

While it’s highly unlikely that a consumer will turn into a giant piece of fruit from consuming a confection, the girl’s experience serves as a reminder that product safety is tremendously important and that R&D efforts must always take this piece into account.

You Must Maintain Sanitary Conditions

While on the tour of the plant, Charlie and his Grandpa Joe lingered in a production area to sample Wonka’s fizzy lifting drink, a bubbly concoction that enables humans to fly. After consuming the substance, they float up into a large column and are nearly sucked into a fan before they figure out that belching lowers them back to the ground. Later in the film, when it appears that Charlie is the winner of the contest to take over ownership of the factory, Wonka tells the boy and his grandfather that the offer is voided because they had contaminated the fizzy lifting drink area.

“You stole fizzy lifting drinks. You bumped into the ceiling, which now has to be washed and sterilized, so you get nothing!” Wonka exclaims to Charlie and Grandpa Joe. “You lose!”

It’s a reminder that everyone wins if sanitary production environments are sustained. Contamination causes downtime and loss of product – so it is perhaps understandable that Wonka would get upset about the transgression.

All Veruca Salt wanted was a Golden Goose, but Wonka refused to sell her father one of the special animals, so the girl took it upon herself to enter the production area and vent her frustration in song.

She tells viewers, “I want the world, I want the whole world,” as she interrupts workers and trashes the floor. However, Veruca had to learn a memorable lesson about accessing dangerous areas and equipment the hard way. During her tirade, she sits on a scale used to gauge the quality of the geese’s golden eggs and fell into a refuse pit after the equipment deemed her a “Bad” egg.

On one stop of the tour of the factory, the group of children are allowed to see the candymaker’s new invention called WonkaVision that can transport large bars of Wonka chocolate through space by turning them into “a million little pieces” that are reassembled in a TV set-like receiver.

The kids, their parents, Wonka, and the workers all don Tyvek-like protective body suits in the production area, presumably to prevent harm from the “broadcast” of the chocolate.

Personal protective equipment (PPE) like bodysuits are used in all sorts of industries and production environments, particularly now in the midst of the COVID-19 pandemic. This scene underscores how vital these measures are to keep workers and plant visitors safe.

The celebration of the movie’s release starts this Wednesday. If you haven’t seen this telling of Roald Dahl’s story in some time, perhaps now is time to rewatch this masterpiece.

For more interesting stories that touch the powder and bulk solids industry, check out our Industry Trends section.