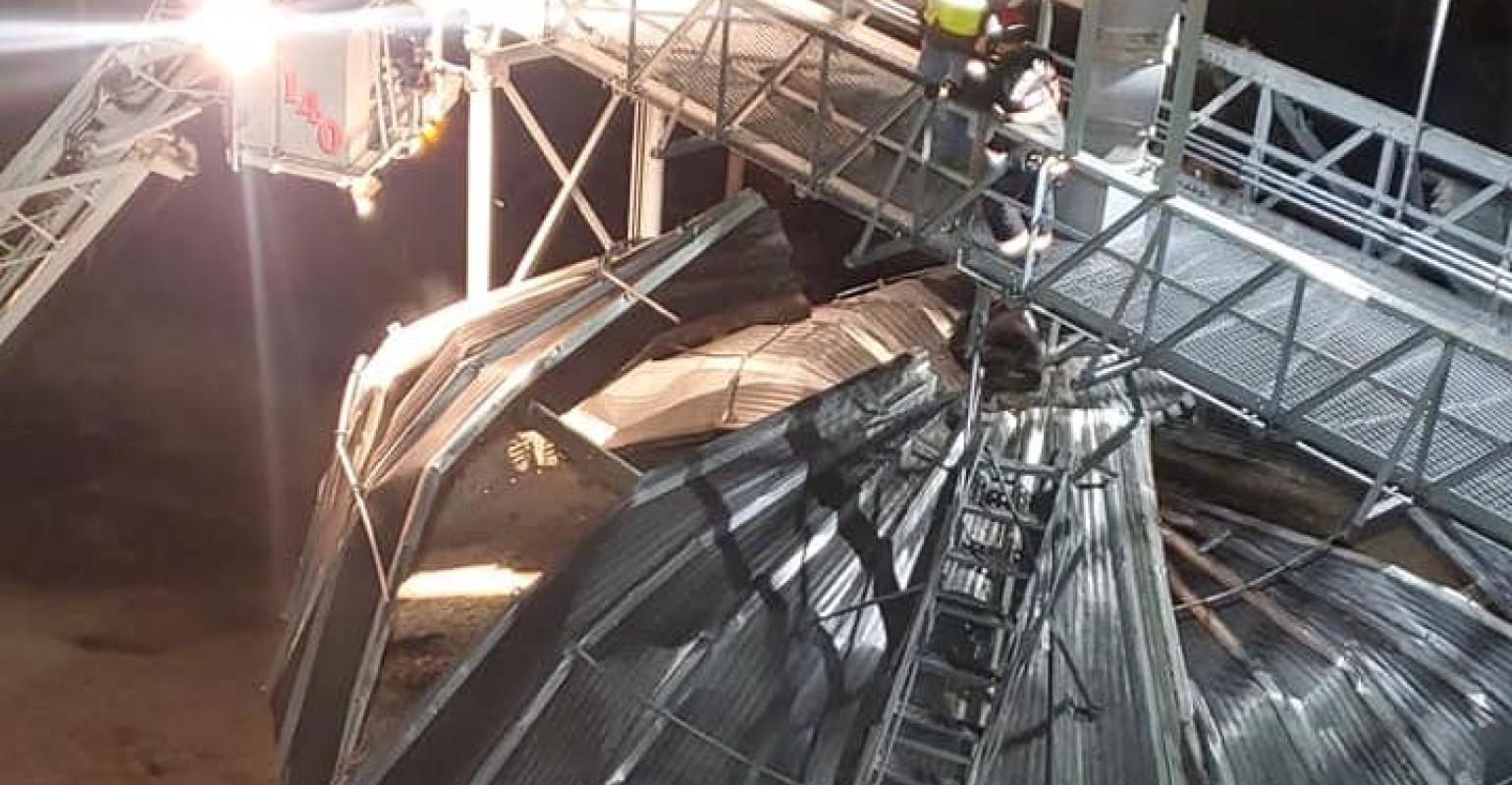 Firefighters were dispatched to the Nevada Grain grain elevator in Nevada, OH on Wednesday night after a silo exploded and a fire ignited at the site, according to local fire officials.

Responding to the South Main Street site around 9:30 p.m., crews remained on scene for about four hours to douse the flames.

“When crews arrived at the scene they found one grain bin smoking with damage to the roof,” the Wyandot East Fire and Rescue said in a post to its Facebook page. “After further investigation, it was found that there was extreme damage and fire spread throughout the system which included other bins and grain legs.”

Wyandot East Fire and Rescue indicated on Facebook that the incident was a dust explosion. Additional units from Upper Sandusky and Pitt Township fire departments also responded to the incident. No estimate was available on the amount of damages the facility sustained from the explosion and fire.

“I wouldn’t want to guess; it pretty much destroyed the whole system,” Wyandot East Fire and Rescue Chief Troy Johnson said in an interview the Bucyrus Telegraph-Forum. “All the grain legs, the conveyor belt, everything of it was blown apart in the explosion.”

Nevada Grain’s parent company, Mennel Milling, told the newspaper that the elevator will resume operations once repairs are made. The facility has a storage capacity of 905,000 bushels and handles corn, wheat, and soybeans, according to the company’s website.

An investigation into the cause of the fire and explosion is ongoing. No injuries were logged during the incident.