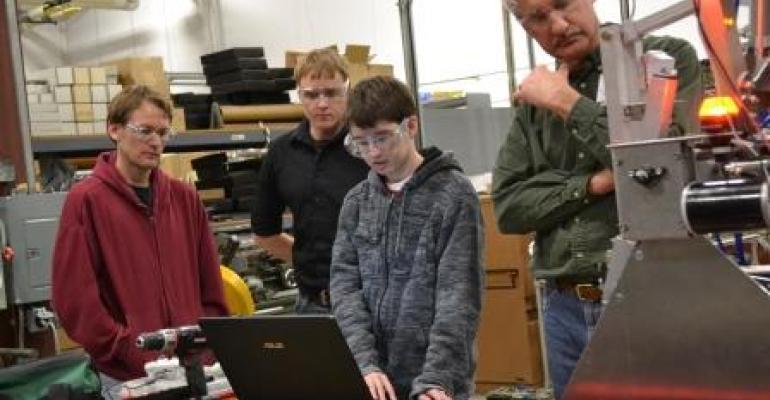 Dust Control Technology, an IL manufacturer of large-scale dust suppression equipment, is co-sponsoring a team of high school students dedicated to building working robots, helping aspiring inventors and engineers continue their participation in the FIRST (For Inspiration and Recognition of Science and Technology) Robotics Competitions. The series of international events have been dubbed “Sport for the Mind,” modeled after athletic events to stimulate interest and participation. Dust Control Technology is providing its support to Icarus 2081, a FIRST Robotics team made up of 20 students from Notre Dame High School and Quest Charter Academy, both in Peoria.

FIRST was founded in 1989 by inventor and entrepreneur Dean Kamen as a not-for-profit public charity, formed to inspire young people to pursue education and career opportunities in science, technology, engineering, and math (STEM), while building knowledge and enhancing life skills. The organization’s mission is to encourage young people to be science and technology leaders by engaging them in exciting mentor-based programs that develop their skills and understanding, fostering innovation, self-confidence, communication, and leadership. The organization has also raised more than $19 million for nearly 900 college scholarships to be awarded in 2014.

From its modest beginnings in 1992, with 28 teams in a New Hampshire high school gymnasium, the program now involves nearly half a million people worldwide, with 350,000+ students on 32,600 teams competing at 54 regional events, including 40 district competitions and 4 qualifying events, culminating in the annual championship.

“It’s fascinating to see the designs these teams come up with, and then to watch them compete head-to-head,” said Dust Control Technology CEO Edwin Peterson. “We’re proud to contribute to the emerging generation of scientists and engineers, who will be working to solve some of the world’s toughest problems.”

“The competitions are specifically set up to encourage teamwork and interaction between people and groups with different strengths,” said Team Icarus member John Nogaj. “Every team has the same objective: engineering and building a robot to perform specific tasks for each competition. Teams have just six weeks to complete their designs, from a common kit of parts supplied by FIRST. It’s not uncommon for the completed robots to weigh as much as 150 pounds.”

The students have been working in collaboration with Dr. Deitra Kuester, a leading researcher at Bradley University, to explore the possibility that interactive robots may help autistic students learn the art of human interaction. Together they are investigating the design, implementation and evaluation of robots that encourage social, emotional, and cognitive growth.

Dust Control Technology joins Martin Engineering and Advanced Technology Services with its support of Team Icarus, which is currently planning for its next competition at the Central Illinois Regional event in April, 2015. The list of FIRST sponsors reads like a Who’s Who of engineering and technology companies, including NASA, Boeing, United Technologies, General Motors, and Google, to name a few.