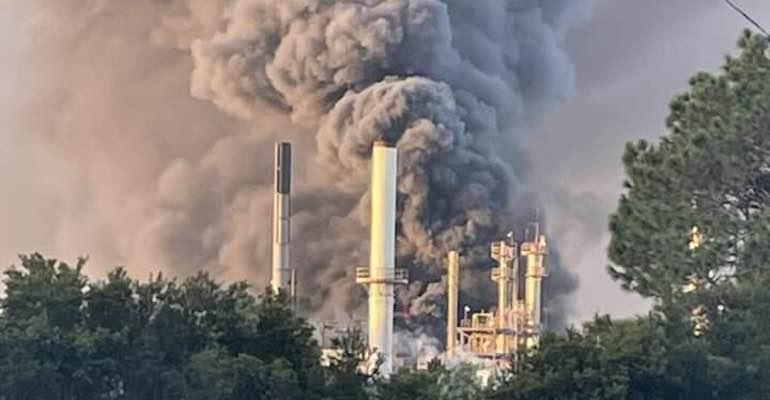 Neighborhoods within a mile of the Symrise facility in Brunswick, GA were evacuated during an incident Monday morning.

A massive fire and several explosions occurred at the Symrise chemical plant in Brunswick, GA in the early hours of Monday morning, leading officials to issue shelter-in-place orders for some neighborhoods and near the plant evacuations in other areas amid concerns that smoke generated from the scene could be harmful.

Firefighters from numerous area fire departments and HAZMAT crews responded to the site. The three blasts happened after emergency personnel arrived on scene, the Savannah Morning News detailed. A post on the Glynn County Board of Commissioners Facebook page instructed those living within a 3-mile radius of the facility to shelter-in-place and told three neighborhoods within one mile of the plant to evacuate.

One firefighter was reportedly injured during the response. Plant staff also evacuated the facility during the incident, according to the Glynn County Sheriff’s Office. County officials said an investigation is ongoing.

Symrise manufactures pinene, a terpene used in fragrances, at the Brunswick site.