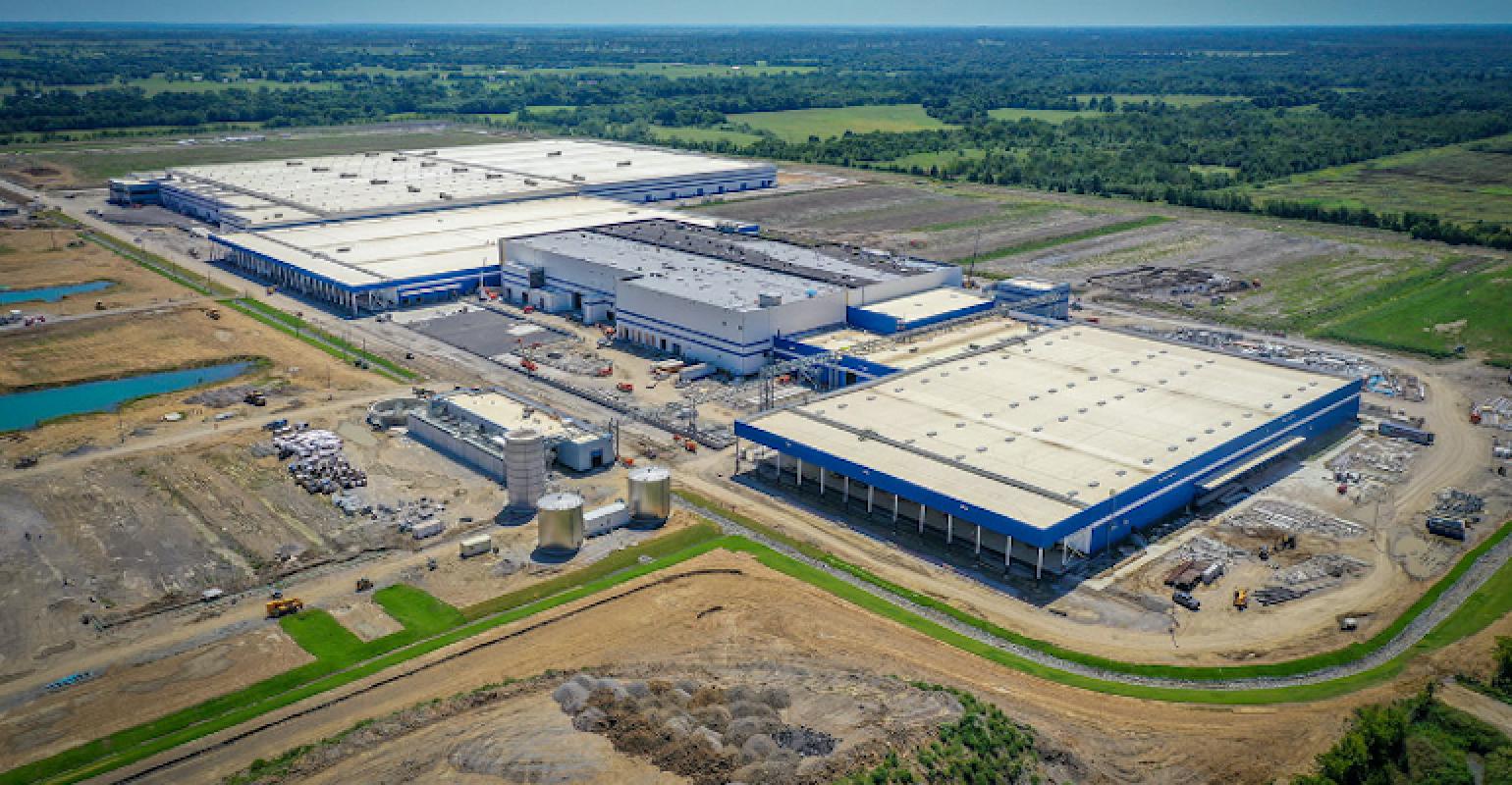 Sofidel's new facility in Inola, OK.
The Oklahoma paper manufacturing facility is Sofidel’s second greenfield plant opened in the US.

Paper products supplier Sofidel Group has expanded its presence in the US market with the formal opening of its new, 1.8 million sq ft manufacturing facility in Inola, OK, the Italian company announced in a release Monday.

The $360 million site is the second greenfield plant opened by the company in the US. Sofidel’s integrated facility includes a paper mill with two Toscotec AHEAD-2.0L paper mill machines and a converting plant with 14 lines capable of producing 120,000 tn/yr of tissue.

“The US market is fundamental for the growth of the Sofidel Group and the new plant, enabling an enhanced production capacity and a further improvement of the geographical coverage, strengthens our position and creates the conditions for future growth,” the firm’s chief executive officer, Luigi Lazzareschi, said in a statement. “This is an important step, of which we are proud, all the more so in light of the results achieved in the first half of 2020 which improve last year’s already good performances.”

Sofidel opened the new facility to respond to increased demand for its tissue products, which are used in hygienic and domestic applications. Automated machinery in the Inola plant will produce tissue, paper towels, toilet paper, and napkins. The company also installed an automated system with laser guided vehicles (LGVs) in the facility to transfer finished goods from the converting lines to the site’s warehouse.

Work on the Inola plant started in 2018. Now fully operational, the facility will serve the south central and central western portions of the US.

Sofidel’s first US plant, opened in 2018, is located in Circleville, OH.