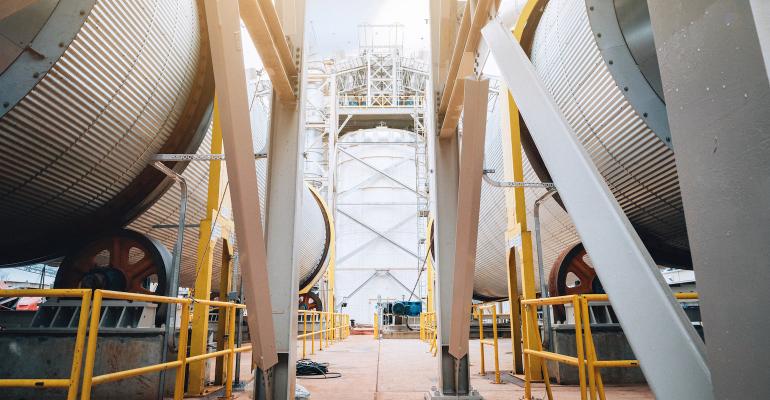 A view of the Enviva Lucedale wood pellet production plant.
The opening of the facility in Mississippi is part of the company’s plans to double its production capacity over the next five years.

Renewable energy feedstock supplier Enviva Biomass marked the opening of its new, $215 million wood pellet manufacturing plant in George County, MS by holding a ribbon cutting event at the site on September 30. Production at the Enviva Lucedale plant started ramping up in early 2022 toward the site’s annual permitted capacity of 750,000 mt/yr. The location is now fully operational.

“The global economy is once again at a crossroads. The need for alternative fuel and heat supply worldwide is even more urgent and our product, which is made possible because of the tremendous sustainable resources like those grown right here in Mississippi by Mississippians, plays an even more important role in filling this need while also building a renewable energy solution for people around the world,” Enviva President Thomas Meth said in a release.

Enviva sources low-value wood from suppliers within 75 miles of the facility. 90 new full-time jobs were created with the opening of the plant, creating an estimated annual economic impact of $250 million in the region.

“The opening of the Lucedale plant is a momentous occasion for the state, the county, and the entire forest products industry,” said a statement by Mississippi Commissioner of Agriculture and Commerce Andy Gipson. “As one of the state’s largest agriculture industries, Mississippi’s forest products industry is thriving – and Enviva plays a big part of it. By utilizing low-value wood, Enviva has created a new market that, in turn, provides landowners and loggers with additional income while also incentivizing forest growth.”

The company currently operates one other production facility in the state. Opening the Lucedale plant is part of Enviva’s broader efforts to double its production capacity over the next five years from 6.2 million mt/yr to 13 million mt/yr.

Earlier this year, Powder & Bulk Solids reported that Enviva plans to start construction on a new $250 million production plant in Bond, MS. Operations are expected to start there in 2024.