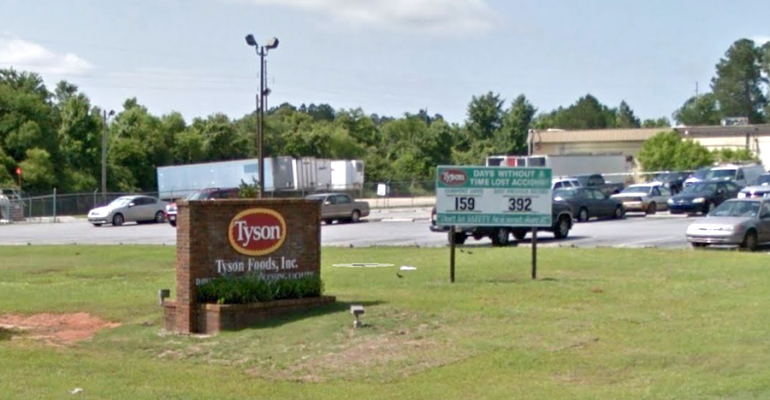 A fire and hazardous materials incident (HazMat) Wednesday evening at a Tyson Foods poultry processing plant in Dawson, GA forced the evacuation of workers and dozens of homes near the facility, several local news organizations reported.

Crews responded to the facility at about 9:15 p.m. after receiving a report that ammonia was released through the refrigeration lines at the site, Albany, GA-based Fox News affiliate WFXL reported. Firefighters performed a decontamination procedure in the area. Fire was observed when crews arrived at plant, and firefighters were able to put the flames down by midnight.

The blaze was first reported in the plant’s docking area, a Tyson Foods spokesperson told WFXL, and employees were safely evacuated without injury.

Additionally, several schools were closed and about 40 homes near the chicken plant were evacuated in the wake of the incident, Albany, GA-based NBC News affiliate WALB said in its coverage.

Fire departments from three communities responded to the incident.