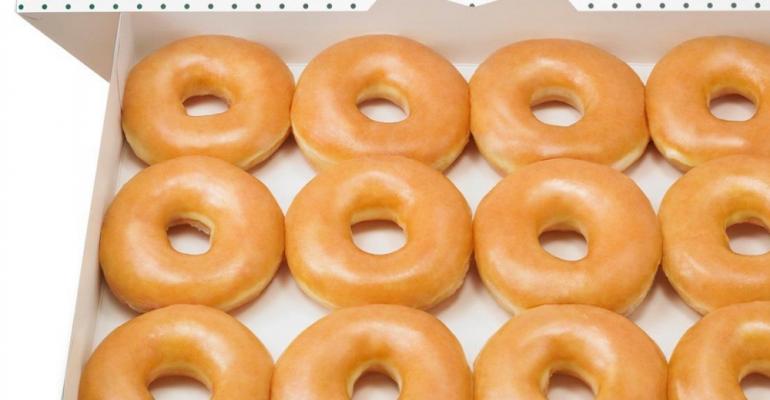 Krispy Kreme Doughnuts Inc. is being sold to a private European holding company for about $1.35 billion in a move that expands a growing global coffee power, numerous media outlets reported on Monday.

“JAB’s experience and industry knowledge make them the ideal partner to help grow the iconic Krispy Kreme brand throughout the world. We remain focused on our long-term strategy and continuing to offer our premium, high-quality doughnuts and sweet treats to consumers around the world,” Jim Morgan, chairman of the board of directors of Krispy Kreme said in a press release published Monday. “We look forward to working with JAB to continue bringing the joy that is Krispy Kreme to a growing number of customers.”

Krispy Kreme Doughnuts is currently a publicly traded company. The merger will place the brand back in private hands, while the company’s operations will continue to be run from Krispy Kreme’s current headquarters in Winston-Salem, N.C., the Krispy Kreme press release said.

The New York Times reported that Will Slabaugh, an analyst from Stephens, said JAB Holding intends to better Krispy Kreme’s operations, increase its food and beverage options for consumers, and poise the decades-old brand for national and international expansion.