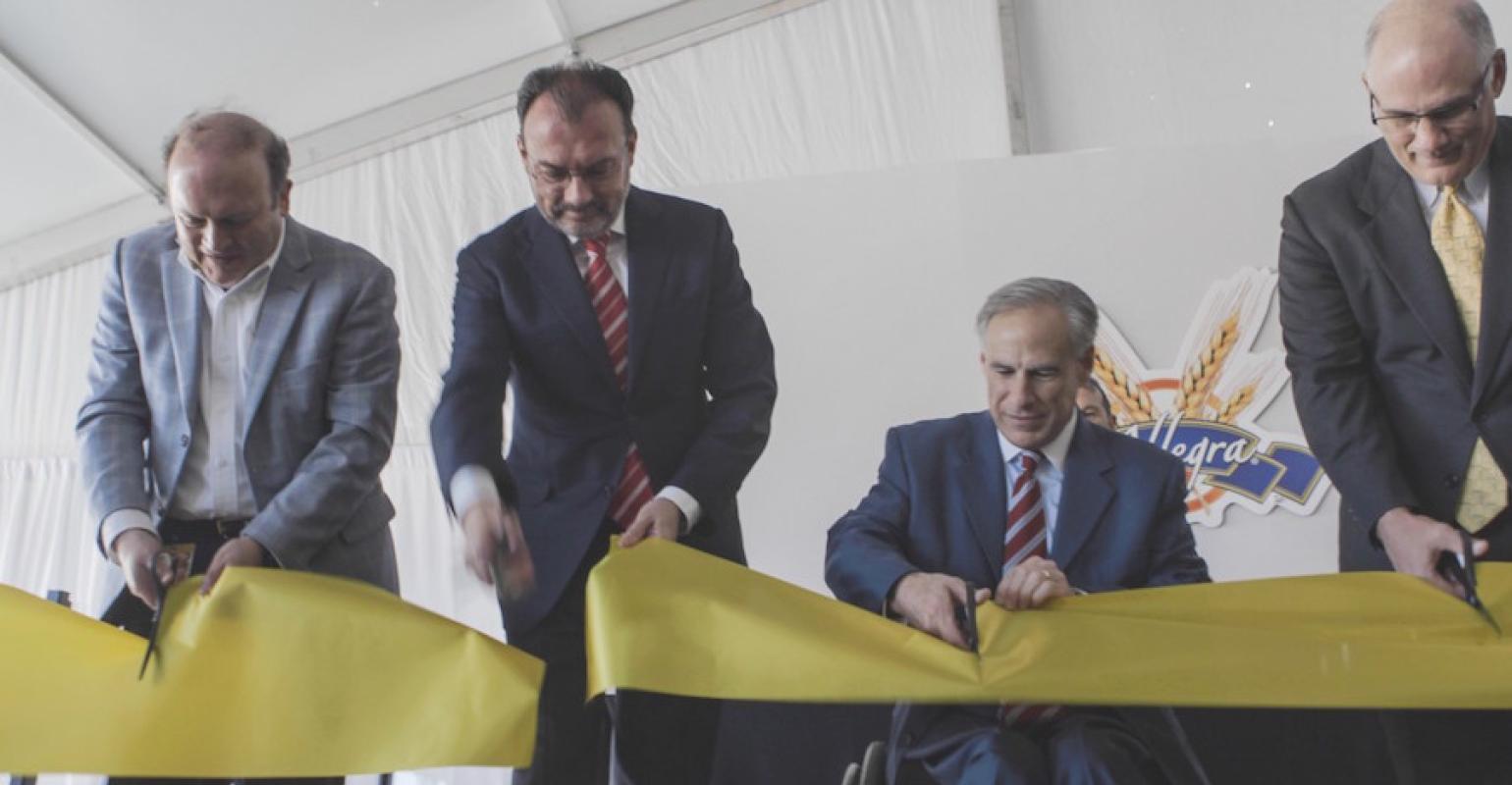 Representatives from Interamerican Foods Corporation and Texas Governor Greg Abbott attended a ceremony Tuesday to mark the official opening of the La Moderna pasta plant in Cleburne, TX, the governor’s office announced in a press release.

The $50 million plant is the first facility inaugurated in the U.S. by La Moderna, Mexico’s biggest manufacturer of pasta. Occupying 150,000-sq-ft, the plant includes spaces for manufacturing, production, and distribution.

“We are proud to not only to have built La Moderna’s first facility in the United States, but also to have created one of the most high-tech and self-sufficient factories in the history of food manufacturing,” the firm’s chairman, Luis Miguel Monroy, said in a statement. “The end result reflects the convergence of our Mexican heritage and dedication to product quality, Texas’ entrepreneurial spirit and business-friendly climate, and unparalleled state-of-the-art production technology.”

La Moderna’s Cleburne plant has a pasta production capacity of 4000 tn/month, according to Gov. Abbott’s release. About 100 direct new jobs will be created by the facility’s opening.

Established in 1920, La Moderna is headquartered in Toluca, Mexico. Its subsidiary, International Foods Corporation, was launched in Texas in 1988, according to the firm's website.