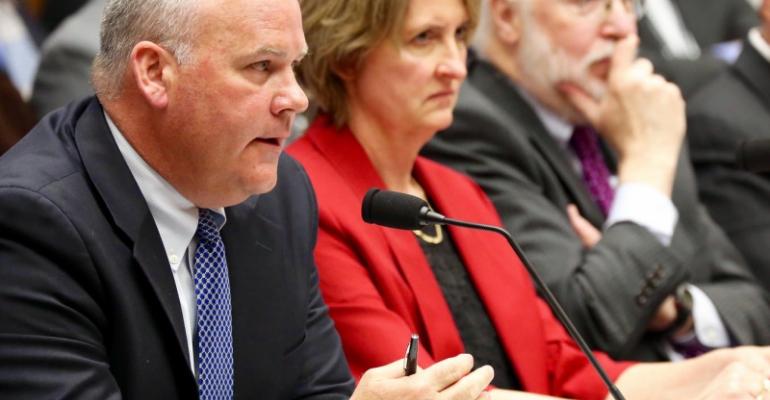 The US House of Representatives Committee on Education and The Workforce’s Subcommittee on Workforce Protections held a hearing on Tuesday, April 19 to discuss OSHA’s recent changes in its standards on respirable crystalline Silica dust.

OSHA’s rules on exposure to respirable Silica dust, a substance with known health risks including lung cancer, silicosis, and kidney disease, were updated on March 23, 2016. Since then, a number of trade groups, including the National Association of Manufacturers, have filed petitions against the rule.

At the hearing on Tuesday, a coalition of construction industry trade groups urged the Federal government to re-think the new standard, while some politicians and union officials praised the measure.

“The science is clear. Since 1974, the National Institute for Occupational Safety and Health has called for OSHA to cut the permissible exposure limit for general industry from 100 micrograms per cubic meter to 50. It took 42 years for OSHA’s rule to catch up with science,” said Representative Frederica S. Wilson in her opening statement at the hearing.

The new standard “will save more than 600 lives each year and prevent more than 900 cases of silicosis each year,” Wilson said.

“We strong urge OSHA to re-examine and reassess how its final rule will negatively harm the construction industry, job growth, consumers, and the economy, while doing little to improve the health and safety of workers,” Brady said. “Given that it is unlikely the agency will change course, Congress must take the lead and act swiftly to craft legislation that will keep this fundamentally flawed rule from taking effect.”

The coalition refers to the new rule as “technologically impracticable,” as the standards would require companies to develop and install engineering and work practice controls to remove or reduce silica dust that are “beyond current technology.” The group also argues that OSHA’s standard is “economically infeasible.” Construction companies could spend as much as $4.7 billion per year to meet the requirements, which the coalition said is about eight times larger than OSHA’s preliminary economic analysis estimated.

The National Federation of Independent Business estimates that the rule will cost American companies $7.2 billion annually and result in the loss of 27,000 jobs over a 10-year period.

Dr. Jim Melius, a physician and epidemiologist who established hazard evaluations and field studies at the National Institute for Occupational Safety and Health (NIOSH), testified that he believes the new OSHA standard is a “major milestone” in preventing occupational health problems in America.

The compliance deadline for general industry is June 23, 2018 and June 23, 2017 for the construction industry. OSHA is seeking to combine the various legal challenges filed by trade groups into a single case.