Fire Put Out at Buzzi Unicem Cement Plant in Pennsylvania 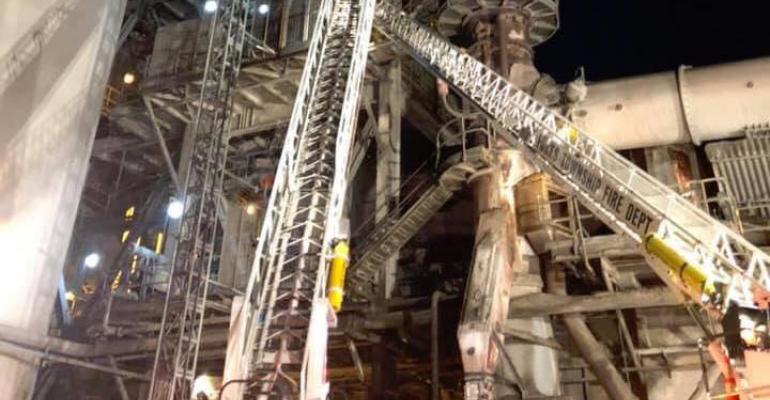 About 40 firefighters were called to the Hercules Drive scene after the blaze was reported at about 8 p.m., coverage by The Allentown Morning Call said. During the two-hour effort to douse the flames, crews used ladder trucks to access the upper floors of the tower, Forks Township Fire Department Chief Chuck Gallagher told the newspaper.

A firefighter was transported to an area hospital for treatment for exertion and release about half an hour later, according to news website LehighValleyLive.com.

The fire was contained to an in-feed area inside a kiln at the facility, Chief Gallagher said in the Morning Call article.