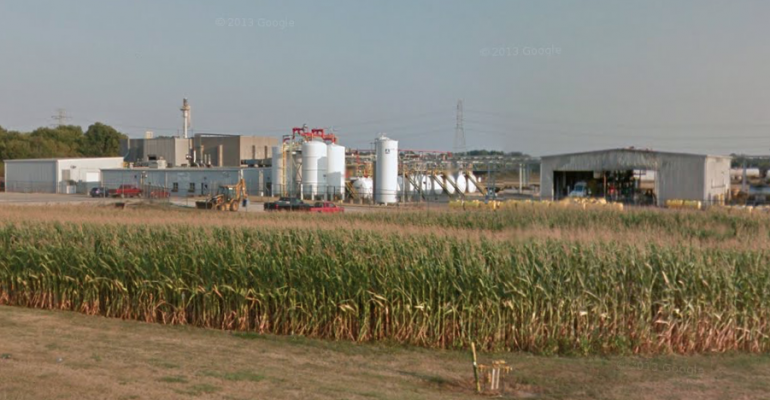 Workers were evacuated from a LANXESS chemical plant in Mapleton, IL on Thursday afternoon after a fire broke out in a chemical tank.

An official with the Peoria County Sheriff’s Office told the Washington Times-Reporter that the blaze in the chemical storage tank is thought to have started at about 2 p.m. following a technical malfunction.

The chemical involved in the blaze, a compound of aluminum and alkali, posed a challenge to extinguish as water exposure can cause the chemical to explode and air makes the substance burn faster. Firefighters were forced to use a chemical to put out the flames.

Workers were evacuated for about an hour as emergency responders tackled the fire.

“The safety of our employees, processes, the community and the environment are primary concerns of LANXESS,” the specialty chemical firm’s chief executive officer and president Antonis Papadourakis, said in a press release published by the Times-Reporter.

An Evonik manufacturing site next to the LANXESS plant was also evacuated during the incident as a preventative move, Peoria Public Radio reported.