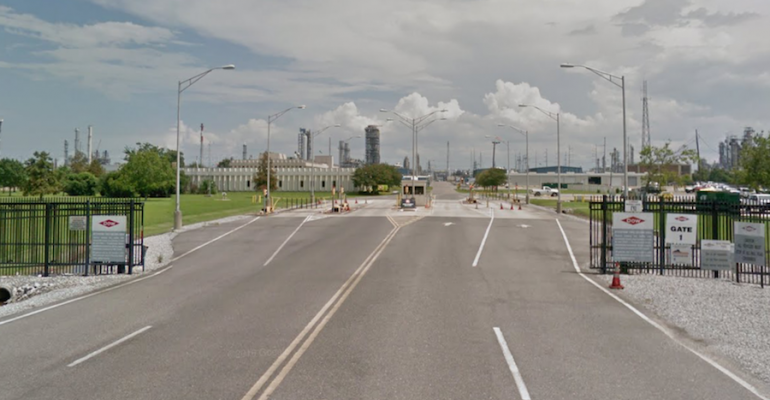 The entrance to a Dow Chemical facility in Hahnville, LA. Image courtesy of Google Maps

“There was a building fire on site this morning and that fire has been extinguished. We are still managing an event on site. There are no reported injuries and out of an abundance of caution, we have evacuated non-essential personnel,” the company said on the social media platform.

Some 300 workers were issued evacuation orders after a fire started in a storage building that housed old equipment not related to petrochemical production, a Dow Chemical spokesperson said in a report by the New Orleans Times-Picayune.

Dow set up continuous air monitoring equipment around the impacted area following the fire and did not detect a danger to the public.

“We’re pretty confident in saying that everything was contained on site,” Dow spokesperson Ashley Mendoza told the newspaper.

The cause of the fire is unclear.