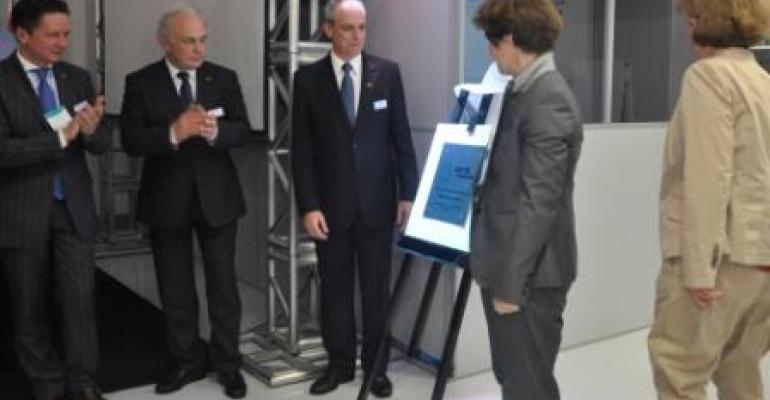 In April, Fette Compacting, a subsidiary of the LMT Group, opened a competence center for tableting technology in Brazil. Based in
Campinas, not far from São Paulo, the company is offering its customers a range of products and services for the South American market – from servicing and training to extensive compression trials. At the opening ceremony Fette Compacting also celebrated the 10th anniversary of its Brazilian subsidiary, and presented the newly developed FE55 tablet press on the South American continent for the first time.

Fette Compacting’s presence in South America is strategically important for the company, as managing director Olaf J. Müller explained. “Brazil is the world’s sixth largest economy. In addition, the entire continent is currently on a remarkable growth course. The new competence center places us at the very heart of one of the world’s most dynamic regions. Sales of tablets have doubled in Brazil between 2007 and today alone.”

Fette Compacting’s invitation was accepted by more than 100 high-ranking guests, including the mayor of Campinas, Pedro Sarafim, and representatives of numerous South American pharmaceutical firms. They were welcomed by Franziska Eichel, the representative of the family that owns the LMT Group who was also accompanied to the event by her sister Angelika Bengel. In her welcoming address Eichel emphasized how closely Fette Compacting’s success story is bound up with development in South America. “Since the foundation of our subsidiary in Brazil the countries of the region have made significant advances, from which we have also benefited,” she said. “Today we achieve more than 10% of our turnover with customers in South America and the future prospects are very promising.”

Fette Compacting’s positive expectations are closely associated with the new competence center, underlined Dr. Michael Heinrich, chairman of the management of the LMT Group. “Campinas is our fourth competence center for tableting technology,” he said. “As a result, we now have unique facilities in all pharmaceutical industry growth markets which allow us to deliver our complete range of services directly to our customers on the spot. That means we can continue developing our rapidly growing service business.”

In addition to the new center in Brazil, Fette Compacting also operates identically equipped centers in China, India, and the U.S., as well as the Fette Compacting Academy in Schwarzenbek near Hamburg, Germany.