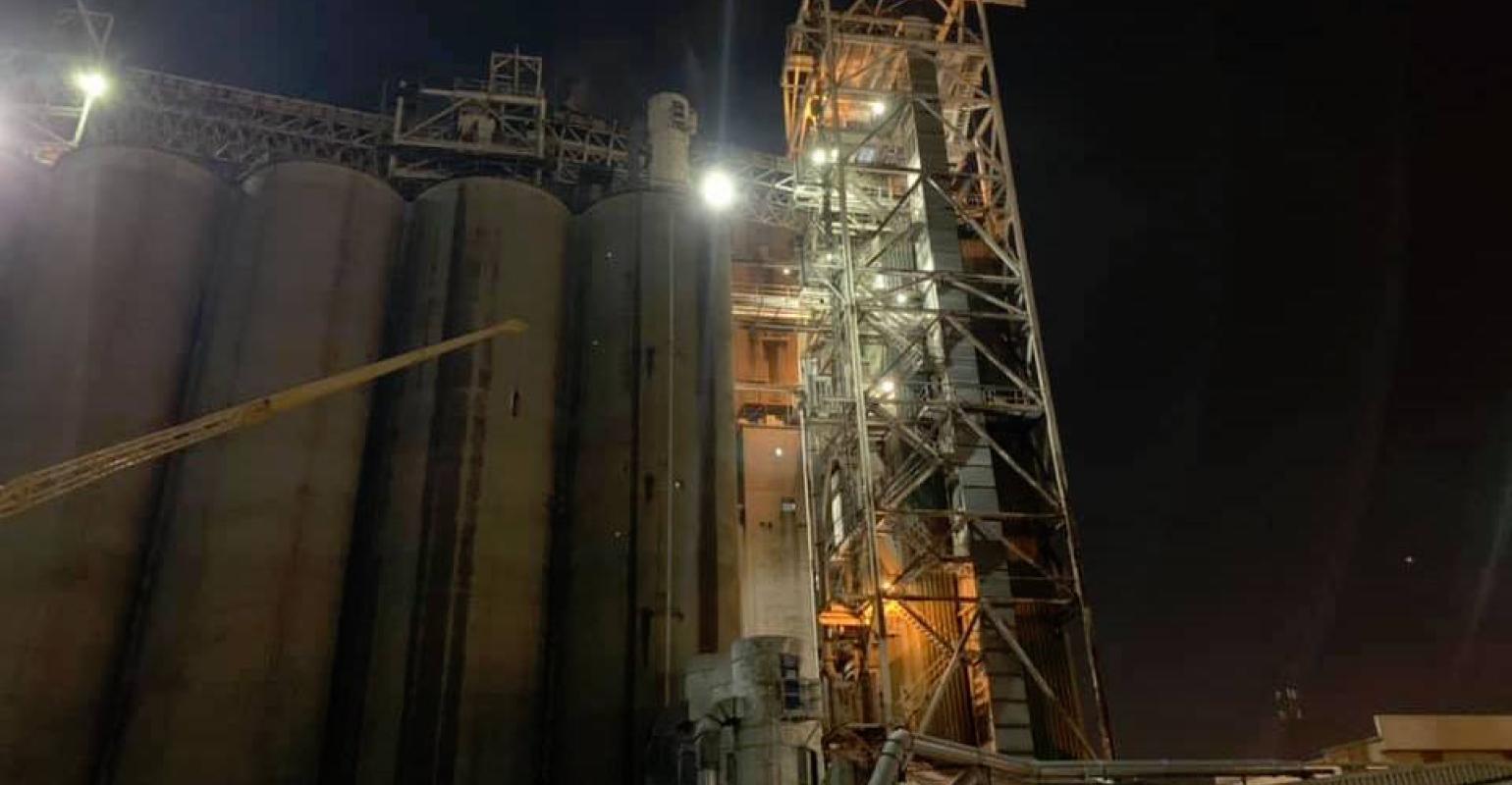 A malfunction in a conveyor belt sparked a multi-alarm grain silo fire last Sunday night at a Cargill facility in Channelview, TX, local news organizations reported. Several firefighters were injured during the response.

Channelview fire personnel responded to the Peninsula Boulevard plant at about 9 p.m., according to coverage by the Houston Chronicle. Crews called for assistance from other area fire departments when the incident was declared a two-alarm fire.

“The cause of the fire was a mechanical failure in the conveyor belt,” said a statement posted to the Harris County Fire Marshal Facebook page. “The fire is ruled accidental.”

Officials said four firefighters were treated for heat exhaustion, one on scene and three at an area hospital. One firefighter was hospitalized for smoke inhalation.

Crews battled the fire into Monday morning, extinguishing the blaze at about 6:30 a.m., a Patch.com article said. The conveyor belt that sparked the fire was located at the top of the silo.