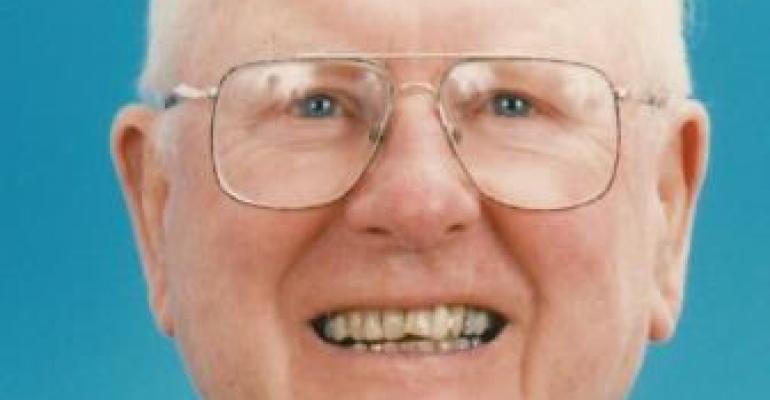 Donald B. Johnson, who co-founded Thomas and Johnson Scale Service in 1946, which would later become Rice Lake Bearing, and eventually Rice Lake Weighing Systems (RLWS), passed away peacefully on January 26, in Rice Lake, WI. “Donald B.,” as he was known, was 98.

His life’s legacy can be seen today in the internationally recognized “Rice Lake” scale brand, and in the business that employs his larger “family” of more than 600 employees worldwide.

Johnson will be remembered as a humble, kind man, and exceptional role model, perhaps best known for his charismatic smile and outgoing personality. He gained attention locally and throughout the industry for his “hospitality suite” approach to networking, making friends, and doing business that dates back as far as the 1940s. His friendly, welcoming approach earned Johnson countless friends and customers throughout the years, ultimately securing much of his company’s longevity and business success.

Johnson was a well-recognized and long-standing member of the International Society of Weighing and Measurement (ISWM), earning its prestigious Woody Woodland Award in 1996. He continued to visit “the shop” and remained active within RLWS operations well into his nineties. His founding vision, “Take care of the customer, and the rest of the business will take care of itself,” is a philosophy that has sustained the company through three generations of family ownership, and remains a company-wide mantra even today.