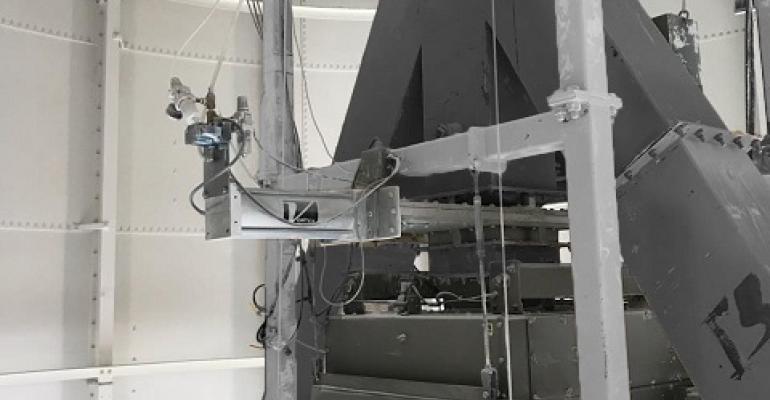 Limestone is one of the most common natural forms of calcium carbonate (CaCO3). Calcium carbonate comprises more than four percent of the Earth’s crust and is found worldwide.

Limestone is the sedimentation produced from millions of years of fossilization, consisting mostly of shells from small snails, shellfish, and coral. Chemically, limestone and other forms of CaCO3 are identical. But in terms of purity, whiteness, thickness, and homogeneity, limestone is quite different. It is among the most useful and versatile materials known to man.

Limestone is a biogenic rock that is more compacted, compared to other forms of CaCO3. As it is used for industrial purposes, CaCO3 is extracted by mining or quarrying. To produce limestone, CaCO3 is crushed and processed into powder form as ground calcium carbonate (GCC). Depending on size and other material properties, limestone powder has many industrial and pharmaceutical applications.

Limestone and other forms of CaCO3 are demanded worldwide by many industries:

* It is used in paper production because it has high brightness and light scattering characteristics, and because it is an inexpensive filler to make bright, smooth, opaque paper.
* It is used as an extender in paint production. Paints can consist of as much as 30% CACO3, by weight.
* It is used as a filler in adhesives and sealants.
* It is an effective dietary calcium supplement, antacid, phosphate binder, or base material for medicinal tablets.
* It can be found on grocery store shelves as an additive in baking powder, toothpaste, dry dessert mixes, dough, and wine.
* It is used in agriculture and in the production of animal feed.
* It is used to treat water and wastes.
* It is critical to the construction industry as an ingredient of cement.
* It is used in the glass and steel production processes.
* Because of CaCO3’s antacid properties, it is used as a neutralizer in water and soil.

Gates & Airlocks Handling Limestone
In 2016, a limestone processor in the northern U.S. consulted Vortex to discuss a processing need.

The Application
In this client’s process, finished limestone is stored in a silo. From there, materials are discharged into three-way chutework and routed toward three different destinations:

For added capacity, the client has replicated this system for a total of:

Prior to this project, the client was using slide gates supplied by another manufacturer. Those gates were in service for 2½ years and had constant issues with poor sealing and material leakage. A solution was needed to resolve these issues.

Addressing Material Migration & Packing in the Gate Seals
All 12 gates are equipped with a special service inlet and an air purge assembly. The inlet acts as a funnel to direct material flow through the center of a gate’s opening. It is designed to create a slight void between the blade, seals, and the material flow stream. This creates a “dead pocket” that allows residual materials remaining at the leading edge of the blade to fall away into the process line below, prior to the blade entering its end seal. By preventing material packing upon gate closure, a special service inlet provides a better seal of materials and dusts, extends seal service life, and reduces maintenance frequency/spare part requirements.

In order for the air purge assembly to be effective, the gate bodies are sealed with solid aluminum covers and gasketed with silicone rubber. A purge port is tapped into the upper bonnet area so that differential pressure can be introduced, in order to prevent fine materials from migrating past the seals and collecting in the body of the valve. Otherwise, material packing and actuation issues can occur.

Controlling Flow Out of a Silo
Three of the Clear Action Gates – the gate below each silo – were equipped with an Infinite Variable Positioning (IVP) assembly. The purpose of positioning assemblies is to control and maintain volumetric flow rates. This improves process accuracy with more precise batch weight calculations and reduced fill times between workstations.

Unlike other positioning assemblies, the IVP allows total control of variable positioning on both the opening and closing strokes. It uses a linear output transducer to relay blade position feedback along the entire stroke of the blade. This client opted to automate the IVP assemblies using a programmable logic controller (PLC). Because the assembly is automated, the blade can be actuated in highly accurate increments of +/-2%.

Results
It took this client less than two months to realize a significant improvement in the efficiency of its loadout and packaging processes. Today, this client operates more than 20 Vortex Clear Action Gates – all of which are running smoothly and without error.

For the future, this limestone processor plans to replace other equipment in its facility with Vortex components. “This application is a great example of the versatility of Vortex Clear Action Gates,” explained Shawn Opat, director of regional sales at Vortex. “In this system alone, the Clear Action Gate proves its ability to seal against pressures originating below, its ability to be used at the silo discharge, its ability to be used as a process gate at the loadout station, and a configuration of Clear Action Gates which creates a diverting solution. It was a pleasure to work alongside this client through their processing issues. We look forward to providing them with additional solutions in the future.”

Vortex offers a wide range of valve and loading solutions for handling nearly any type of dry solids. For more information, call 888-829-7821 or visit www.vortexglobal.com.