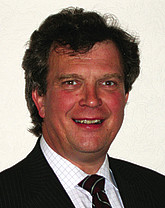 At the International PTXi/Powder and Bulk Solids event in Chicago, I presented a three-hour session on the Specification of Weighing Systems. While load cells are able to perform to an extremely high level, that is not the entire picture and unless many other factors are taken into consideration, the performance of the weighing system is likely to be compromised. Specification of a weighing system is therefore complex and involves consideration of, for example: the required range, the level of tolerable uncertainty in the results, the environment (temperature fluctuations, wind, precipitation, and air quality), material characteristics, the support frame, connected pipes, attached hardware such as stirrers and agitators, the method of calibration, and human factors such as training. As a means of covering the many factors requiring consideration, I featured a document entitled ‘A Guide to the Specification and Procurement of Industrial Process Weighing Systems’.

The Guide was prepared by a panel of experts, mostly from the industrial sector and with representation from the UK’s National Physical Laboratory. The aims of the guide are: to define a structure to the specification of weighing systems; to provide an explanation of the factors requiring consideration; and to show the way in which their effects could be estimated.

One of the key aspects in specifying a weighing system is that the method and means of calibration has to be established early. As I wrote in a previous column, there is no point in specifying a particular performance unless the system can be validated to that level of performance. I based this element of the session on another document by the Institute of Measurement and Control’s Weighing Panel, entitled ‘A Code of Practice for the Calibration of Industrial Process Weighing Systems’. Concerns often encountered regarding calibration are: (i) that it is expensive both in terms of the equipment and in lost production time, and (ii) whether it is necessary if, for example, digital load cells are used. The response to whether it is necessary is that it is - because neither pre-calibrated load cells nor systems that calibrate the electronics are substitutes for the calibration of the complete system. Regarding the legitimate concerns about the cost of calibration, the cost of not calibrating, with potential impact on quality or environmental emissions, must also be considered.

Another issue concerned fluctuations in weighing system results. It was thought that these fluctuations were possibly being introduced by ground-borne vibrations, wind and/or electrical interference. One way of dealing with fluctuating readings is to average the signal (low pass filtering). However, in this case, the time of averaging was limited as ‘fast measurements’ were required to produce a loss-in-weight signal required for control. Another approach is to establish whether the noise is at particular frequencies – thus giving the possibility to ‘notch out’ these unwanted elements. However, in this case, it was thought that there were no particular frequencies, such as those from a generator, stirrer, or agitator. I was therefore left with one final suggestion: that of either removing the noise source or isolating the weighing system from it. This is not an easy task and involves considerable detective work to identify the dominant noise source(s). I can only hope that this turns out to be successful.

Professor Pugh is head of Centre for Industrial Bulk Solids Handling Glasgow University, Scotland. A professor in the School of Engineering and Computing, he has studied instrumentation and measurement for more than 30 years, with more than 15 years in the area of instrumentation for bulk solids handling.

Optima Investing in State-of-the-Art Facility
May 11, 2022