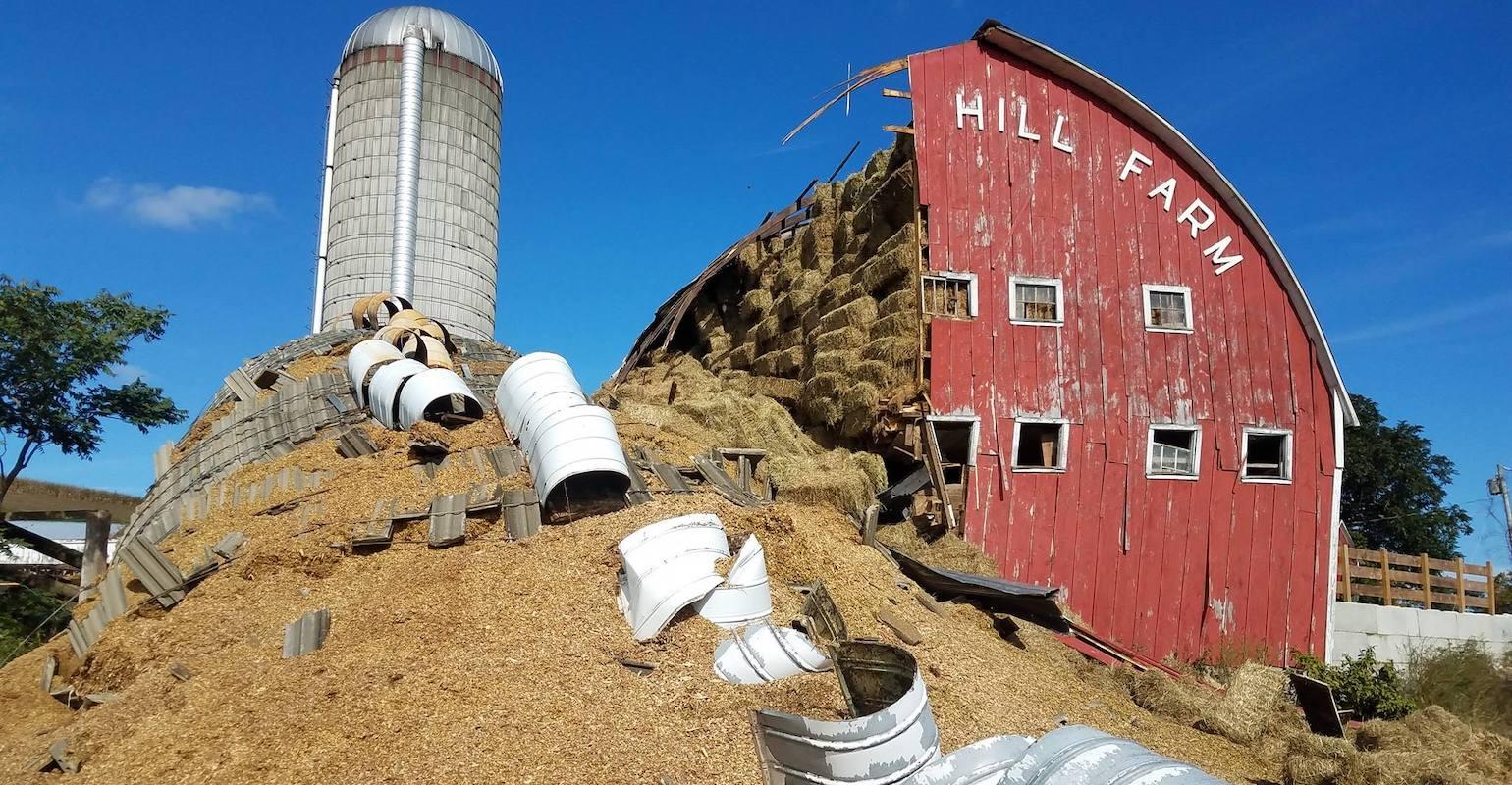 Silo collapses are caused by structural wear and age, inadequate silo design, improper use, weather events, fires and explosions, and a range of other issues. These events not only damage the silo structures and associated equipment, but they can also damage or destroy product and lead to injuries and deaths.

Powder & Bulk Solids editors scoured the internet for some of the most compelling, thought-provoking images of silo collapses to showcase how operations have contended with these unfortunate events. The images record the wrath of silo structural failures across a variety of facility types - from farms to cement plants.

10,000 tn of corn spilled out of a silo that collapsed in January 2018 at the Miami Valley Feed & Grain facility in New Carlisle, OH, television news station WHIO reported. Part of a nearby highway was covered during the incident.

A silo dome collapsed at a LafargeHolcim facility in India in May 2020. Unions at LafargeHolcim, a Facebook page for unionized workers at the company’s facilities, said in a post that the incident may have been caused by a structural issue.

Operations were halted at a Fauji Cement Company plant in Karachi, Pakistan after a silo capable of holding 25,000 tn of material collapsed in May 2018, according to coverage by Pakistan-based English language news website Dawn.com. One line was expected to be down for about half a hear due to the incident.

Here’s an example of a fire-related silo collapse taken by Pasco Fire Rescue during a corn silo fire in Zephyrhills, FL in August 2018. The structure collapsed three hours into the fire and spilled out smoldering corn.

A 250 ft concrete silo collapsed at a Titan America cement plant in Medley, FL in August 2012, a South Florida-based NBC affiliate reported. One worker was presumed dead after falling 140 ft in the silo.

This image was captured by a Philadelphia-based ABC News affiliate after a cement silo holding dry concrete collapsed at the Riverside Industrial Complex in Bristol Township, PA. A 48-year-old man was presumed dead after he was engulfed by the material during the collapse, according to the news station’s coverage.

This silo collapsed at a Massachusetts farm in October 2018. While no people were injured during the incident, a cow was hit by debris and had to be euthanized and 13 calves became trapped inside of a barn at the site.

To view more news and information on storage, click here.