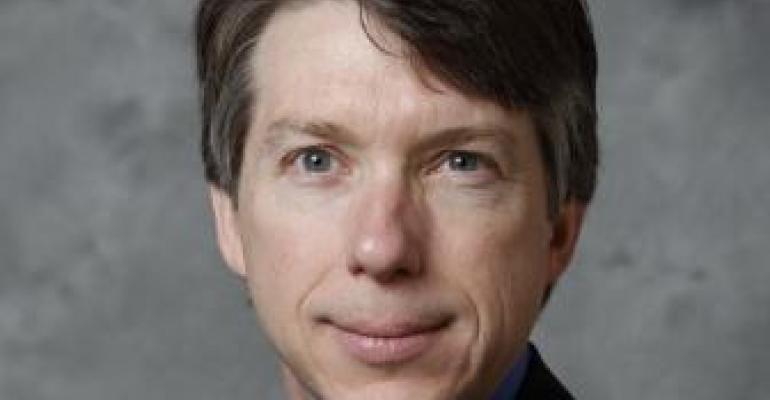 The Society has installed James S. Griffing as its new president, succeeding Russell C. Broome. A resident of Washington State, Griffing joined SPE in 1989. He is a Technical Fellow at The Boeing Co.

At ANTEC 2013, Griffing will be succeeded by the new president-elect, Jon Ratzlaff, who is a technical services manager for Chevron Phillips Chemical Company LP.

SPE has also announced the membership of its 2012-2013 Executive Committee, including the following positions:

An SPE member since 1989, Griffing most recently held the positions of President-elect in 2011-2012, senior vice president in 2010-2011, and treasurer of the Society from 2009-2010. He has been involved with the SPE Composites Division since 1999 and also served as a director of the Pacific Northwest Section of SPE.

“A key strategic issue for SPE in the coming year is to fully integrate our new chief executive into the organization. Wim De Vos brings a fresh set of experiences and ideas to SPE and we are eager to employ his talents to improve the Society’s operations around the world. SPE has adopted many of today’s exciting new methods of communicating technical information, enabling broader networking opportunities, and running organizations,” said Griffing. “I will focus on integrating these tools into day-to-day operations to further our mission and continue our growth throughout the world. SPE will continue its quest to integrate the information and services we offer into the daily lives of our members.”

Griffing has worked for The Boeing Co. since 1987, where he specializes in polymer and composite processing. He has been awarded two Boeing Special Invention Awards. He recently received the “Revolutionizing Flight” award from Boeing’s Commercial Airplanes Group.

An SPE member since 1995, Ratzlaff has been involved with the Oklahoma Section, and the Rotational and Injection Molding Divisions, along with many global SPE groups and activities. He has chaired numerous positions and served as an SPE vice president and recently as senior vice president of SPE (2011-2012).

“The foundation of SPE’s mission lies with our global members who collectively volunteer to promote the knowledge and growth of our plastics industry,” said Ratzlaff. “I will be working closely with Jim and Wim to integrate fresh ideas to improve networking for all members. I want to focus on growing SPE’s global exposure through international conferences to provide networking and enhanced knowledge of our industry.

Ratzlaff holds a B.S. in Chemical Engineering from Oklahoma State. Following a few years in the stretch film industry, Ratzlaff joined Chevron Phillips in 1989 and is a recipient of the company’s Innovation Excellence award and Master of Engineering Technology certification.

The Society Of Plastics Engineers (SPE) is the premier source of peer-reviewed technical information for plastics professionals. Founded in 1942, SPE takes action every day to help companies in the plastics industry succeed by spreading knowledge, strengthening skills, and promoting plastics. Employing these vital strategies, SPE has helped the plastics industry thrive for more than 60 years. SPE has become the recognized medium of communication among scientists, engineers, and technical personnel engaged in the development, conversion, and application of plastics. For more information, visit www.4spe.org.