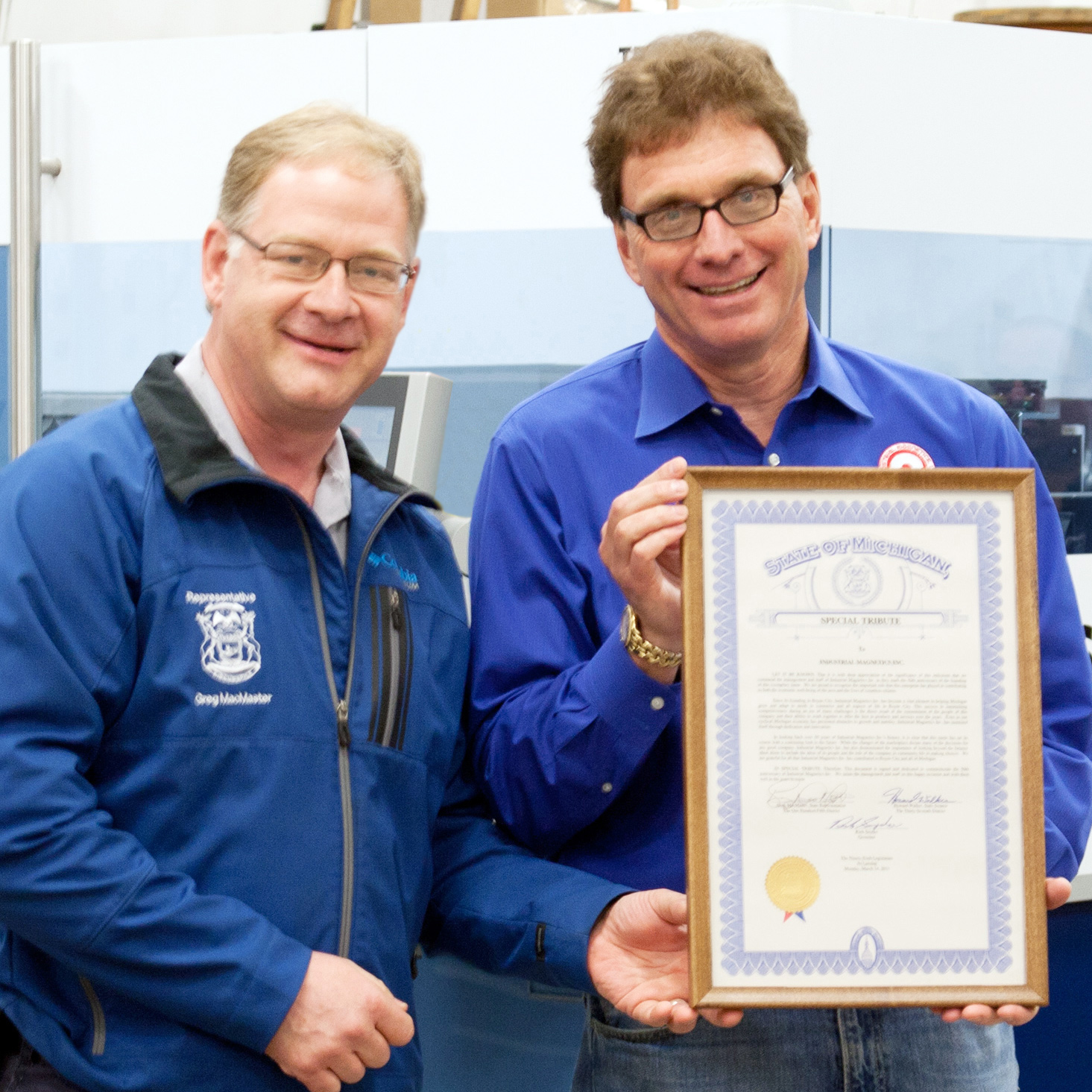 The tribute recognized the important role that IMI has played in contributing to both the economic well being of the state and the lives of its citizens, especially in light of the many challenges facing the Michigan economy. It attributed IMI’s success in remaining competitive to “the direct result of the commitment of the people of the company and their ability to work together to offer the best in products and services over the years.”

The tribute also recognized IMI’s dedication to innovation as a sustaining force of the company, as well as its ability to “look beyond the balance sheet alone to include the ideas of its people and the role of the company in community life in making choices.”

State Representative Greg MacMaster, who presented the tribute at Industrial Magnetics, expressed gratitude to the staff and management of IMI for all they’ve contributed to Boyne City and to Michigan, and wished them well in the years to come.