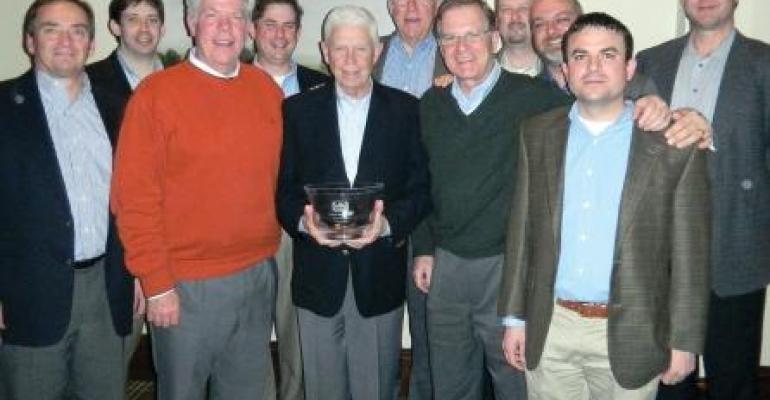 At the ceremony, Eriez presented the Adams Brothers team with a large crystal bowl bearing the inscription, “Adams Brothers, Inc., 50 Years of Service, February 2013.” Each employee also received a smaller version of the commemorative crystal bowl.

“Adams Brothers is consistently one of our most productive representative agencies,” said Charlie Ingram, Eriez vice president of sales and marketing. “They are two-time winners of the coveted Merwin Award, an honor presented annually to the year’s most outstanding Eriez U.S. field sales office.”

Adams Brothers is currently represented on Eriez’ Rep Council by Steve Middour, who previously served as a charter member of the Council upon its founding 18 years ago. According to Ingram, through participation in the Rep Council, Adams Brothers has helped to shape many of the programs and processes currently in place for all Eriez reps.

Adams Brothers is the sixth Eriez representative sales office to celebrate a 50 year partnership. “These longstanding partnerships are a direct reflection of mutual commitment and loyalty,” said Ingram. “We are so fortunate and grateful for our association with Adams Brothers and all of our stellar representative agencies throughout the U.S. Without a doubt, these partnerships have greatly contributed to Eriez’ continued success and growth.”